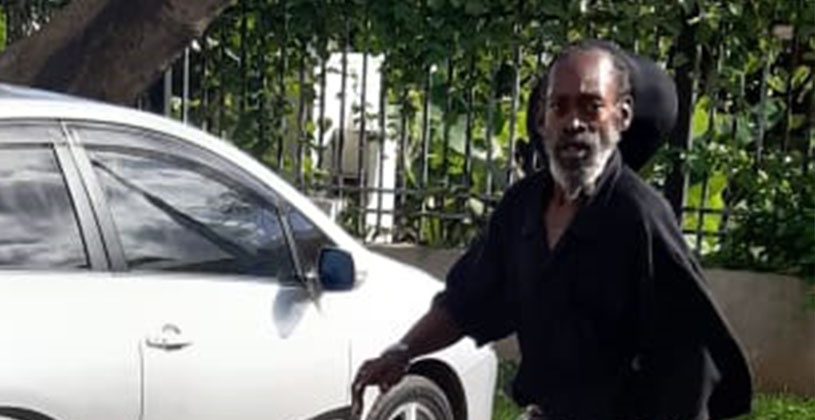 The incident occurred on June 17, 2018 at the home of Aubrey Daniel in Duff’s Bottom. Daniel is accused of unleashing the dogs in the officers' direction.

At the time, the officers were responding to the call from Daniel's wife, who shared a section of the house with her husband and their children. The report was that the defendant had breached a protection order.

Officer Saunders said the defendant’s wife said she had purchased some building materials that she planned to use to make some improvements to her section of the home.

On that day, without permission from her, her husband came to her section and started using the materials to renovate the house.

During the investigation, the Officer said the defendant was standing about five feet away from the Virtual Complainant, heard what was being said and reportedly fled to his side of the house when the police officers attempted to get “his side of the story.”

The defendant then proceeded towards two ‘full-grown’ pit bulls and released the barking dogs, which then headed in the direction of the officers.

“We had to seek refuge inside the government’s service vehicle. We had to run, we were in fear for our lives,” Officer Saunders said.

They then requested backup from the Armed Response Unit who came shortly after. The defendant was then ordered to secure the dogs to which he complied, and he was later arrested and charged with the offences of assault on police, failure to register dogs and reckless and negligent act.

Officer Matthew said to the court that apart from the defendant unleashing the dogs, he triggered the animals by calling out to them.

He said, “it was so frightening to me, all now my heart racing just thinking of it. Thank God the police vehicle was there.”

Officer Matthew said the defendant told them before he fled towards his dogs, “if all you doh come out my place today all you will see what go happen. I will let go my dogs on all you.”

Attorney Michael Maduro represents the defendant. The matter will continue on February 25, 2020.