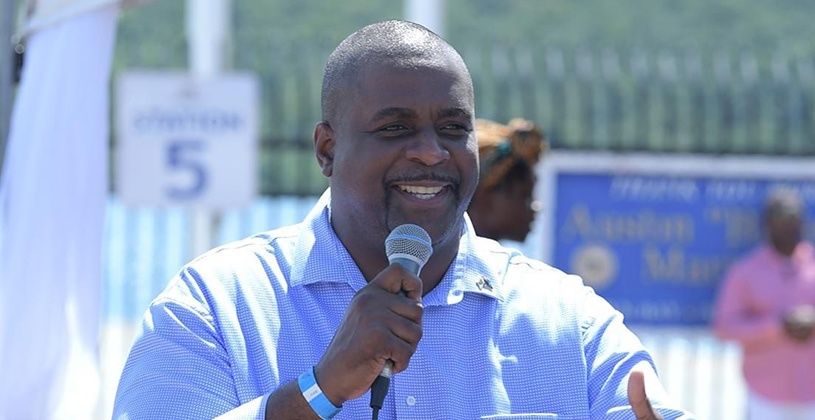 Manufacturing Jobs For Locals Under 'Invest And Stay' Programme

Premier and Minister of Finance, Hon. Andrew Fahie has promised jobs for locals under the Stay-and-Invest programme which is expected to attract foreign investors.
The programme was first announced in 2020 at a time when the Territory was reeling from the financial fallout from COVID-19, but the Government has not publicly identified any major investor that benefited from the programme.

However, just over a year before the general election is constitutionally due, Premier Fahie stated that Government is setting the conditions for locals to be employed under the programme.

"We will be bringing in foreign investment while creating jobs for Virgin Islanders with manufacturing plants etc because we are setting the conditions under this programme that at least 50% of their employees at all times must be Virgin Islanders. This is your government working for you," Premier Fahie told residents at a meeting in his First District on Saturday, January 29.

He also pointed out that the programme is designed for persons who do not want Belonger status or residence or any such rights and privileges, but who prefer to live and work in the Virgin Islands. He explained that these persons will be able to invest in select niche areas such as manufacturing and live in the BVI, but will not be allowed to invest in business areas where Virgin Islanders are currently operating.

The programme was a key announcement in the 2021 Budget. At the time, the Premier announced that Government is developing the terms and conditions for a BVI. He had also explained that the main target group are persons who are able to do remote work for jobs in their home countries.

“So, these individuals will not be competing in the local job market, but that the same time they would be renting accommodations, patronising our businesses, enjoying what the BVI tourist experience has to offer and contributing to economic activity,” the Premier stated.
#the Virgin Islands  #COVID-19  #Fahie  #Covid
Add Comment