MARRIED Matt Hancock apologised for breaching social distancing with his mistress Gina, the wife of Oliver Bonas founder Oliver Tress, despite preaching to the nation to hug “carefully”. His sex affair is paid by the public tax payers money, obviously.

On May 16 — with indoor hugging still banned — Hancock warned the country: “We should all be careful. We all know the risks. Of course there are people who have been yearning to have some physical contact.

“You should do that carefully. If you’ve had both jabs more than two weeks ago, that’s much safer.”

He also told Sky News that he planned to hug his dad when some restrictions were lifted the next day, May 17, saying: “We’ll probably do it outside and keep the ventilation going.”

He added: “Personal responsibility is an important mantra here . . . people have been so responsible in the crisis, they’ve really listened and followed the guidance and that’s the approach we should take together.”

Images of the May 6 clinch shows Hancock checking no one is heading for his office by looking out of the door.

He appears to deliberately stand in front of the door as he welcomes millionaire Gina.

They kiss passionately and he moved his hand to her bottom.

At the time, Hancock had received one dose of vaccine, on April 29. A social media user blasted: “To be crystal clear, this picture was taken with two-metre social distancing rules still in place at workplaces.

“The issue here is not Matt Hancock’s infidelity, it is his world-beating hypocrisy. Write the rules. Tell the little people to obey. Then break them with impunity.”   Ex-GMB host Piers Morgan added: “At the time he was ordering people not to hug anyone from other households.”

Another social media user fumed: “There are people that genuinely went months without hugging their families after following his advice. Quite sad really!”

Speaking of this week’s clinch in the same office, a source said: “It’s utterly shameless. It’s clear the relationship is far from a one-off.

“Lord knows how many times they have done it in the past. Only Hancock’s ministerial staff are allowed on the floor so it’s clear he thinks it’s some sort of safe haven.

“He’s well aware of the cameras. But the bottom line is they just don’t seem to care.

“Employees there were telling each other ‘they’re at it again’. The hypocrisy is disgusting.”

Other pictures show the pair giggling during a secret dinner date on May 23.

Diners at Peruvian restaurant Ayllu, in Paddington, West London, said the pair looked just like a couple as they sank white wine together after 10pm.

“Every actual State is corrupt. good men must not obey laws too well”  (Ralph Waldo Emerson) 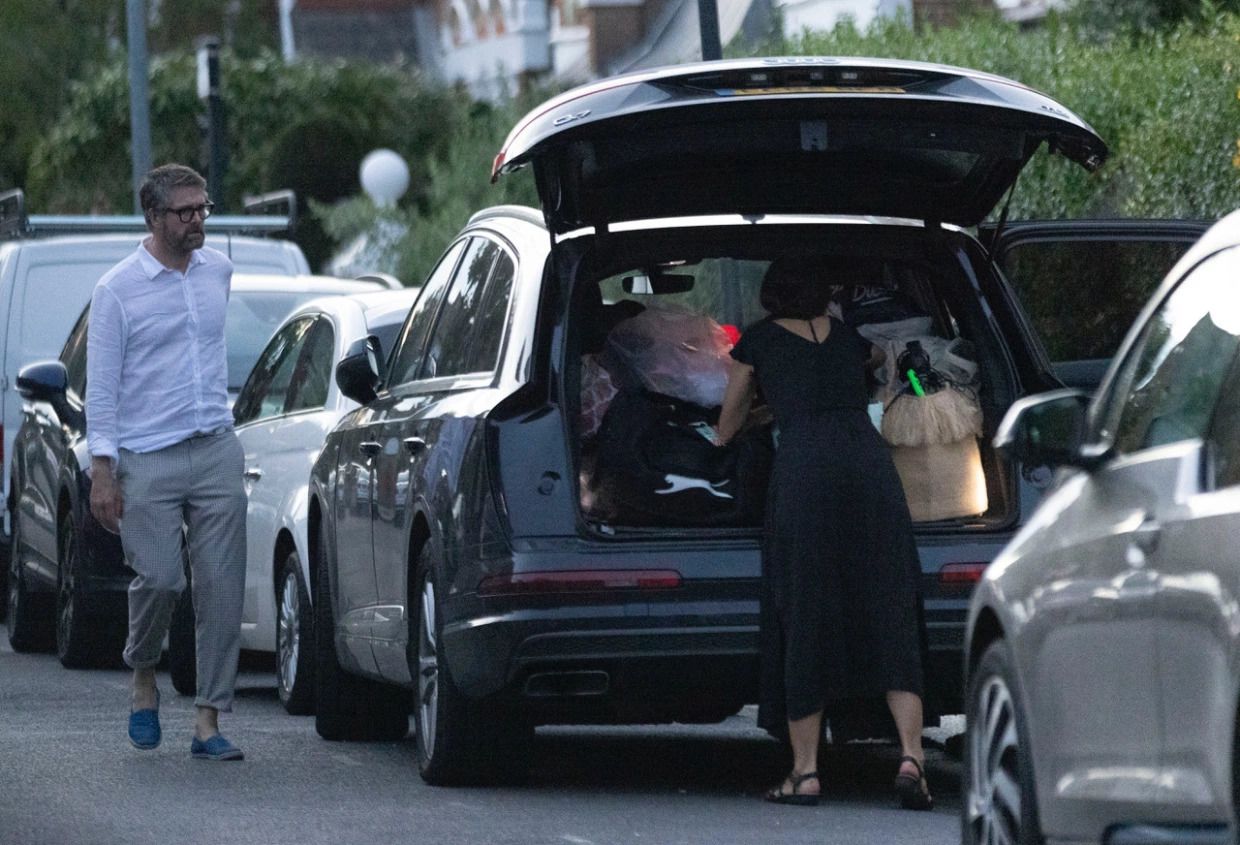 THE Health Secretary’s mistress loaded bags into her car hours after learning her affair would be exposed.

Gina Coladangelo, 43, then drove off in her £70,000 Audi Q7 from outside her £3.6million family home. Husband Oliver Tress was pictured but did not leave with wife Gina. 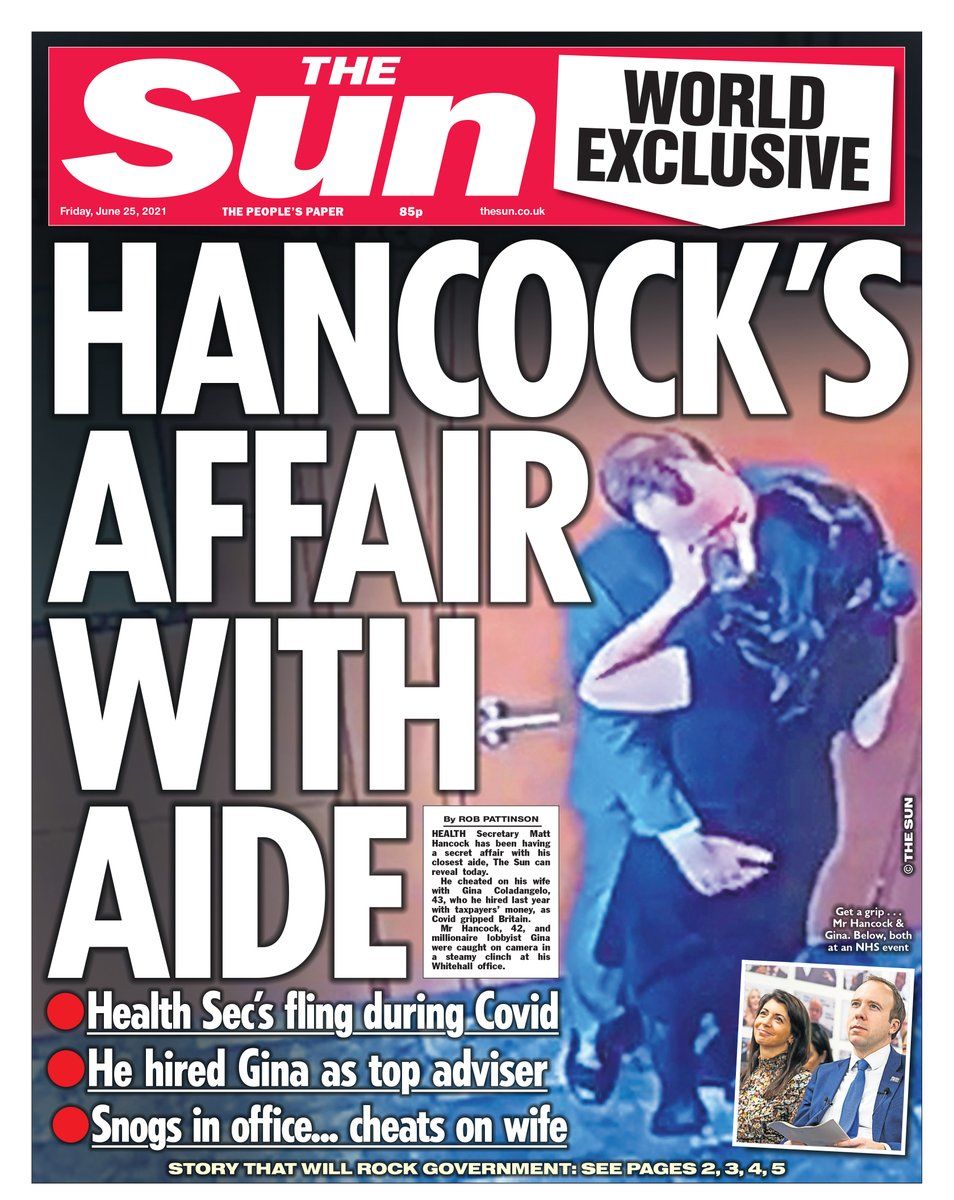