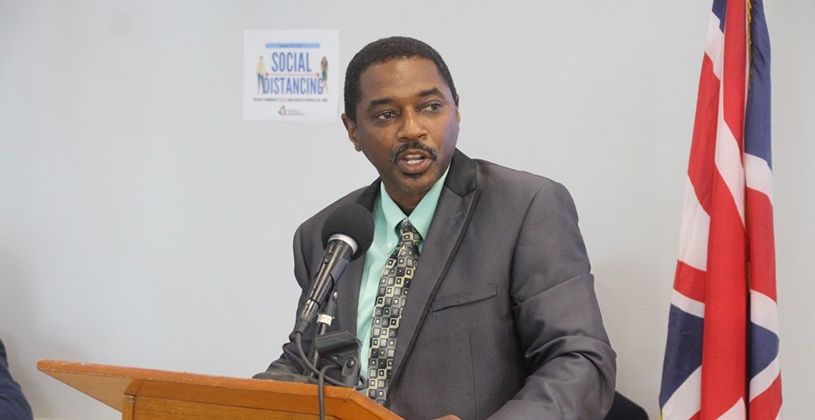 Anthony McMaster, a Virgin Islander, has been appointed fully as the Chief Executive Officer of the Recovery and Development Agency (RDA).

This was revealed by Minister of Education, Dr. Natalio Wheatley this afternoon, March 31 during the contract signing ceremony for the redevelopment of the Elmore Stoutt High School (ESHS).

Subsequent information release indicated that Cabinet on March 11, reviewed and concurred with the resolution from the Board of the RDA to appoint McMaster as the CEO of the RDA in accordance with Section 13(1) of the Virgin Islands Recovery and Development Act, 2018, with effect from December 2, 2021, for a period not to exceed the lifespan of the Agency.

McMaster has been acting in that post since March 2, 2020, after the agency’s first CEO, Paul Bayly of Fiji announced that he would vacate the post on March 20 of the same year after being installed during the National Democratic Party administration to the role.

Bayly’s appointment had been criticised after the details of his contact went public which indicated that he received among other benefits, a $300,000 per year salary with an additional allowance of 8,333 per annum.

It is not known whether McMaster will receive the same package as Bayly did during his tenure.

Former Minister for Communication and Works, Hon. Mark Vanterpool had called on Premier and Minister of Finance, Hon. Andrew Fahie to end the ‘acting’ appointment of Mr. McMaster.

The Fourth District Representative took the opportunity to make the call during the contract signing ceremony for the commencement of work at the Elmore Stoutt High School on December 2.

“How come we were able to find a man over in Fiji or somewhere bring him here and make him the CEO and we have to make our person here acting? Under the leadership of Anthony McMaster in the ministry, a lot was done and I want you to get that acting thing off him and let him come from Hollywood to Tortola,” Hon. Vanterpool had stated.

However, Hon. Fahie had commended McMaster on his work at the RDA thus far.

“For the record, I didn’t give him the acting, but I hope to remove it under our stewardship,” he added.

McMaster has over ten years of experience in the telecommunications industry with Cable and Wireless West Indies culminating as a Caribbean Networks Operations Centre Accountant. In 2002, he joined the Government of the Virgin Islands with the Ministry of Health and Welfare as the Finance and Planning Officer. After 10 years, he transferred to the Ministry of Communications and Works in 2012. He was subsequently promoted to Permanent Secretary.

McMaster was seconded to the Recovery and Development Agency (RDA) in the role of Director of Operations.

He has a diploma in accounting from the Association of Accounting Technicians (AAT) and progressed to complete his professional exams with the Association of Certified Chartered Accounts (ACCA). He was trained in project management and administration with the Royal Institute of Public Administration before pursuing further training in management with Manchester Metropolitan University from which he holds a Post Graduate degree in Management.