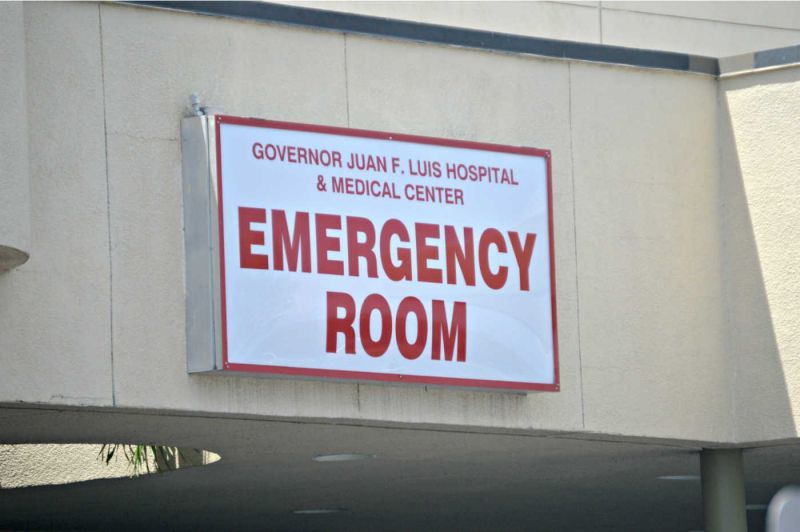 The [US] Virgin Islands Police Department's internal affairs arm is investigating what was supposed to be a routine subdue matter, but instead resulted in the death of a man after he was brought to the Juan F. Luis Hospital.
A police source spoke to the Consortium about the incident, which occurred on Monday, stating that law enforcement officers were baffled at the end result of the man.

According to the source, police responded to subdue a mentally challenged individual who the police source said was "acting out." In an effort to subdue the man, he was pepper-sprayed, taken into custody and brought to the Juan F. Luis Hospital.

However, soon after the officers left the hospital, hospital officials made contact to say that the man had died.

Police Commissioner Trevor Velinor stated, "I do know that the family called for assistance, VIPD responded to the location, VIPD was able to get the individual to the hospital where he received some service and at some point the Virgin Islands Police Department was advised of his passing," the commissioner said.

He added, "That's an investigation that is also taking place to identify what's the cause of his death, and so we're still waiting to get some information from the medical examiner and the doctors who will make some determination as to what's the cause of the gentleman's death."

The commissioner described the VIPD's internal investigation as routine. "Whenever there's a death and the VIPD was involved in a transport or any type of use of force involving having to put hands on someone, or in this case utilize any type of device to include any type of spray, then it is commonplace to have a use-of-force investigation," Mr. Velinor said.

The victim was identified as Benjamin Silvestre, age 31.
#the Virgin Islands
Add Comment