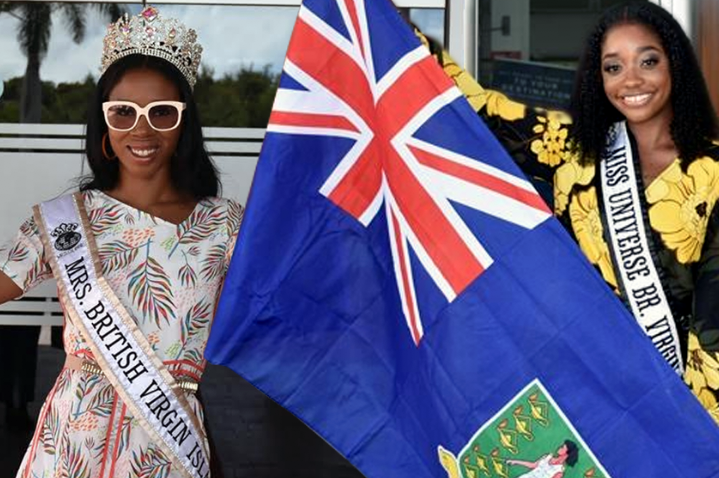 Mrs BVI Shondrea Turnbull was the first of the two to depart the Terrance B Lettsome International Airport.

She is heading to Shenzhen, China to compete in the Mrs Globe Pageant – a fundraiser event for the Win Foundation – against 80 other women for the title of Mrs Globe 2019.

Ahead of her departure, Turnbull expressed that she is as ready as can be ahead of the November 26 to December 7 event.

“This has been an amazing process, I feel I’m prepared, ready to go, confident, ready to meet the other amazing women from around the world. This is for a cause, it’s not only about beauty, it’s about a divine purpose. Even the founder and CEO, Dr Tracy Kemble; she’s all about empowering women which is what I stand for as well so it’s a beautiful connection,” Turnbull stated.

Mrs BVI also said she had auditioned for a special dance segment of the upcoming pageant. Her audition was a success; making her one of the few women selected to take part in that segment of the pageant.

“I’m most excited about dance … I’ve been dancing since the age of three. I started off in Church of Christ Universal Temple and so I’ll be able to expose and share and connect with the audience on that level with dance using motion and the body.”

Meanwhile, Miss British Virgin Islands Bria Smith will be heading to Atlanta, Georgia, in the United States to compete in the 68th edition of the Miss Universe Pageant at Tyler Perry Studios.

Smith, who will be going up against 89 other contestants, has said she’s hopeful and ready to make the BVI proud.

“I look forward to learning and being on the actual location because it’s at Tyler Perry’s Studio, and the history behind the location and it being so imperative. It is very important and very significant to what my platform has always stood for when it comes to culture-historical preservation, so I’m really just hopeful, excited and I just want to do my best to represent the BVI.”

Smith also told BVI News she underwent a great amount of preparation ahead of the event. But of them all, she believes the mental aspect is key to getting the job done.

“In the end, it’s all about having your mental capacity in a way that you are prepared because your body could be ready but if you’re not mentally prepared and excited and knowledgeable about all the things that are going on, the body being prepared is pointless.”

BVI to make a splash in costume segment

Smith is also looking forward to the costume segment of the pageant, which she intends to use to further propel the territory on the international stage.

“I’m really excited because the BVI has never placed before and we’re really hopeful and excited and just trying to make a splash in the pool of Miss Universe, and let persons know that we are here, we are ready, we are capable, and look at us.”