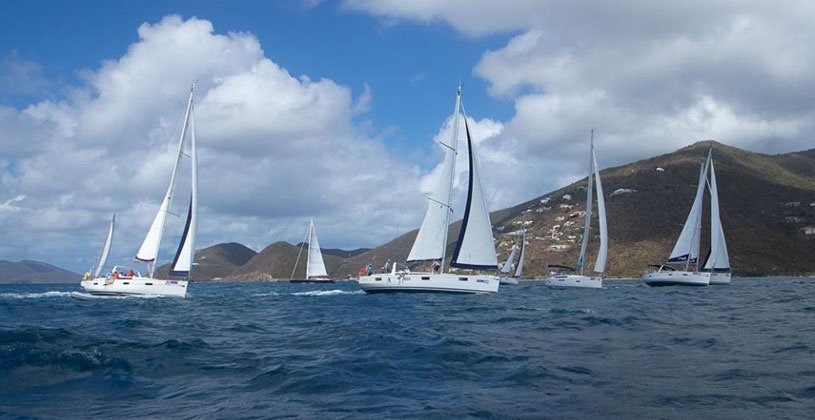 Major sailing company Moorings is gearing up to welcome sailing enthusiasts as it hosts it’s 37th annual Interline Regatta, which is an event that attracts airline pilots and crews from around the world.

The Interline Regatta usually spans 10 days and features racing and themed parties at various venues around the BVI. It was cancelled in 2017, but returned with great excitement last year, and it was noted that the same amount of enthusiasm is in the air for this year’s event.

It was explained that the race classes are comprised entirely of Moorings charter yachts in order to ensure a level playing field for competitors.

“Each race boat races under their airline’s banner, creating a fun, competitive atmosphere,” the Moorings stated.

In noting that the event is a sort of tradition, the Moorings team said, “For 37 years, The Moorings Interline Regatta has kicked-off sailing season in the BVI with exciting races, thrilling parties and endless fun on the water. Originally established for members and friends of the airline industry, this annual event has grown into an international celebration attracting boaters and spectators of all types and skill levels.”