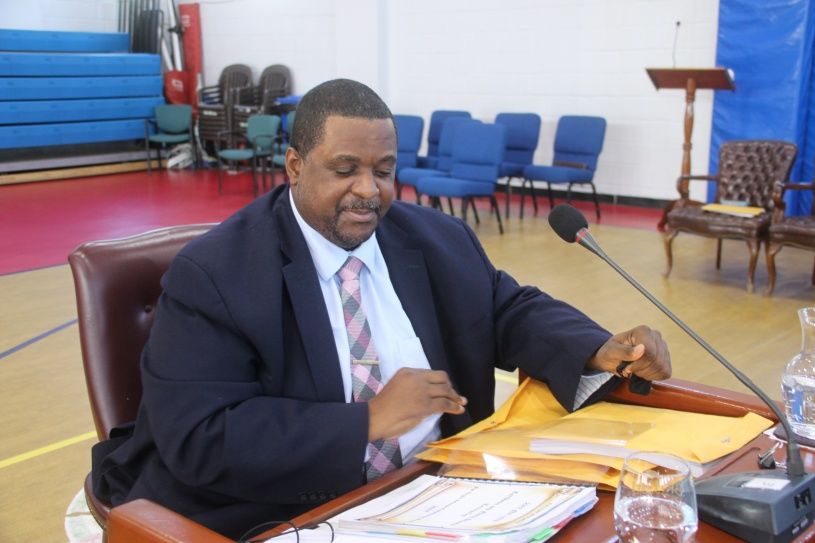 The Territory’s Finance Minister has put the people of the BVI on notice that tough decisions will have to be made and there is a high possibility that more cutbacks will be forthcoming.
This includes scaling back on some government programmes and possibly having to produce a revised budget based on the financial situation in the Territory.

Premier and Finance Minister, Hon. Andrew Fahie, who made this disclosure, also expressed concerns that some public servants are operating as if its business as usual and running up government’s bills.

“You know last year because of the shutdown we had to do a revised budget, this year because of the current spike (COVID-19) and some other issues it may be something that we have to do again. We are trying to make sure too that we control expenditure,” the Premier stated.

Premier Fahie further stated, “Some very heavy decisions are going to have to be made that would not be political decisions, but financial ones to make sure that we continue navigate this financial shift through these uncharted turbulence water without any playbook.”

He was at the time responding to questions from Hon. Melvin ‘Mitch’ Turnbull, Second District Representative, who questioned that given Territory’s plight still having to recover from the effects of the 2017 hurricanes and now more recently with the pandemic, for
the Premier to give the debt to GDP ratio of the Territory as of April 30th 2021.

He had also asked for the projections towards 2021 given the 18 months dealing with COVID-19.

Premier Fahie said that it must be noted that every government in the world is experiencing financial difficulties with COVID-19, noting that the projections for all country are now being shifted.

“We have been trying to hold steady with the revenue side based on what we have seen but the reality is we had to make some adjustments to keep the lights on, and to keep public officers hired and to our dismay we didn’t want to have to cut certain programmes but it is either cut programmes and keep certain capital things moving that are needed for the rebuilding of our territory or cut public officers,” he explained.

However, he said the choice is difficult but not so difficult, “we decided that no public officer would lose their jobs...every single ministry have programmes cut, we are trying to do more with less.”

“We are asking persons to cut back not because we want to be mean but so that we can keep all the public officers hired, keep certain things moving that would bring in revenues, so we can band together and navigate ourselves through these financial challenges because we still have to keep a very keen eye on hurricanes,” the Finance Minister cautioned.

“If it calls for a revise budget, further cuts to certain areas so that we could keep persons employed, keep the basic services running then we would have to do so. But one thing for sure we have to make adjustments all the time and we will be making some more so that we can be able to manage the finances of the country based on the revenue we have coming in,” he further explained.

Premier Fahie said that the government must also be cautious about its expenditure which can affect its borrowing ratio, bordering on being in breach of the Protocols for Effective Financial Management.

“It also means that if we have more expenditures too it will affect our borrowing power because then we could only borrow less because then our ratio would be affected also…[must ensure] they are in range with the protocols, so they have to guard against this,” he said.
#COVID-19  #Fahie  #Covid
Add Comment