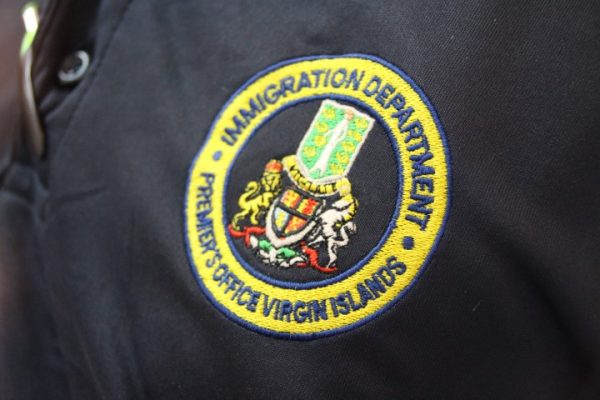 With more visitors expected to travel to the BVI in the coming weeks, Immigration officers who joined the Joint Task Force earlier this year may have to return tot their original jobs at the territory’s ports of entry.
The joint task force was developed when COVID-19 hit the BVI, to maintain the security and integrity of the territory’s borders and enforce curfew requirements within the community.

Some 34 Customs and Immigration officers have joined the task force alongside members of the police force.

While he admits that the joint task force is reaping success and should be continued, Chief Immigration Officer Ian Penn said the government may have to hire additional officers to join the task force when Immigration officers are called back to their original duties at the ports of entry.

“It is effective. It is something I would like to see continue but now that the borders are opening, Customs and Immigration have to pull most of their officers to go back to their regular duties at the ports where they worked before the pandemic. Therefore, it would mean we would have to make a pitch to hire more officers in order to continue with the Joint Task Force for the territory,” Penn explained on the December 1 edition of the Honestly Speaking Radio Show aired on ZBVI Radio.

He said there are currently 50 Immigration officers in the department.

Penn added that the new digital Border Management System makes the job of Immigration officers easier as travellers are able to fill out Customs and Immigration forms before landing in the BVI.

Despite this, he said more Immigration officers are still needed to carry out Immigration services as all the current agents are occupied.

The joint task force has been hailed as a success by many of the territory’s leaders. Recently, the team received several batches of maritime security equipment to support its work at sea.

The security equipment was donated by the Office of the Governor and includes maritime binoculars and life preservers.
#COVID-19  #Covid
Add Comment