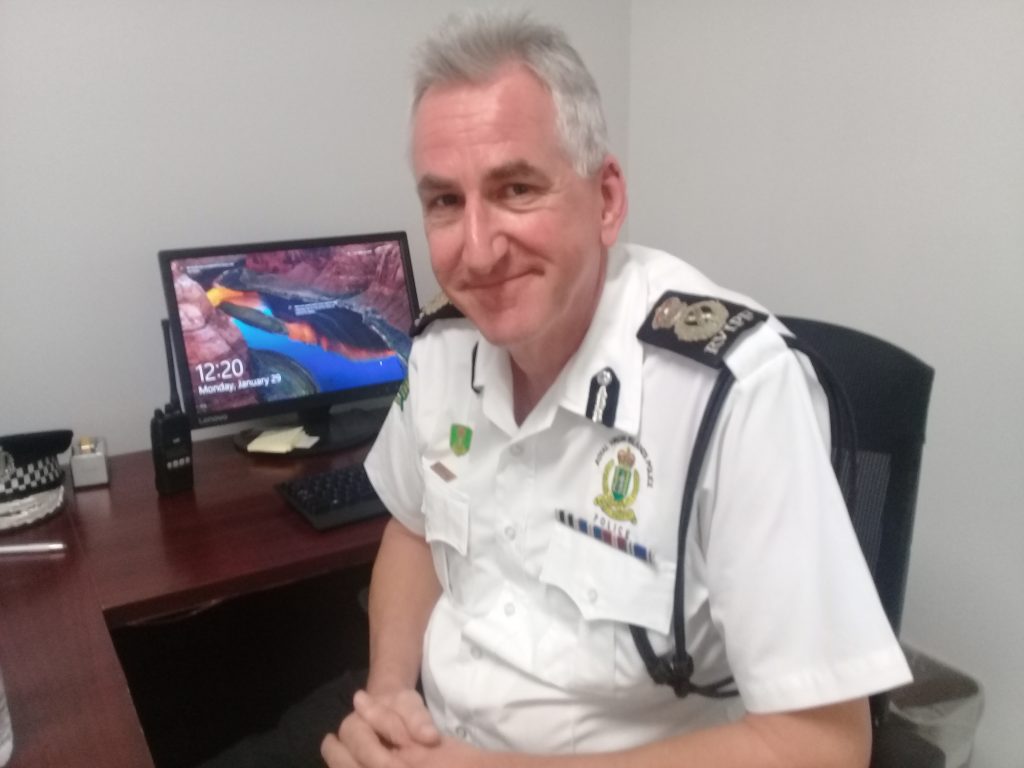 This is according to the Commissioner of Police Michael Matthews who was speaking in a recent interview with 284 media.

He said: “The good news is that we are getting more cooperation from the public than we’ve ever got. I’ve always said to people you have to stand up and be counted when it comes to these serious crimes.”

“We can’t just stand by and say I’m not prepared to come forward because I don’t trust the police or it’s too risky being a witness. If we all adopted that position, we wouldn’t detect any crimes at all,” the RVIPF boss added.

Commissioner Matthews also addressed the cases of unsolved murders in the territory, stating that the RVIPF has detected more than 50 percent of the homicides which took place in the BVI during the last two decades.

“It’s actually been 69 homicides in the territory during that period (January 2000 to present) … but we have detected well over half of the homicides to date and we never forget the victims and their families,” he stated.

“So over the last two years we brought in additional resources with the support of the government and we did what we call a Cold Case Review on a number of those cases that hadn’t been previously detected and that has resulted in at least two further detections that have been announced previously, where people have now been charged and are going to be facing the court in relation to what we can term historic murders,” he explained.

New techniques to be implemented

The top cop further said nothing is off the table when it comes to the force solving cold cases in the territory.

He said he believes the implementation of modernised techniques will help the police to achieve this goal.

“In 2020 to 2021 there are new ways to adding to our toolbox of detecting crime, so a cold case looking back is an essential part of our role and an essential responsibility. Where we can look back and look at the evidence that was found at the time don’t matter how many years ago it was, if we can apply that evidence to modern techniques and that leads us down new lines of inquiry, we will continue to do so,” Matthews stated.

The BVI has recorded a total of two murders for 2020, with one person so far charged for one of the murders while the other case continues to be investigated by the police.