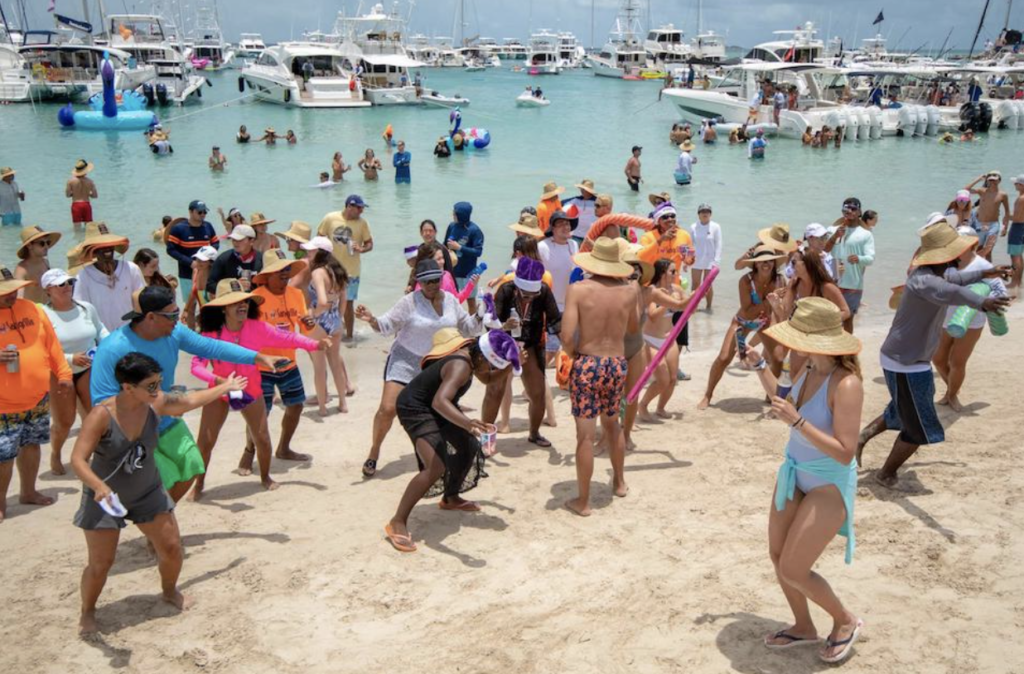 The Christmas in July event which seeks to bring an influx of Puerto Rican tourists into the Virgin Islands will return after a two-year hiatus but the BVI Tourist Board’s Puerto Rican market representative Tommy Dardet says there is a need for more rooms to accommodate the number of people expected to arrive for the four-day event.

Dardet said the level of interest shown for the event by Puerto Ricans has been tremendous and Virgin Islanders can expect them to come in droves and take over the territory between July 22 and 25.

Recently, the BVI Tourist Board in partnership with VIVO Resort in Puerto Rico hosted a BVI full moon party which more than 1,200 guests attended. Dardet said the event was used to market the Virgin Islands to Puerto Ricans.

“It is an event that we do to promote the destination, make people excited about the British Virgin Islands [and], get people to plan a vacation here. We offer information, and we raffle prizes and stays. We have a lot of industry partners here,” Dardet said.

“We always have a band from the BVI coming. This year, it was Too Smooth. We have a chest, we serve a menu that is a reminiscence of the BVI food. We have officials from the BVI participate and so it is a really fun event that pulls together the people of the BVI and people here in Puerto Rico that are BVI fans,” the Puerto Rican market representative said.

Dardet said the Christmas in July event, which is held on Virgin Gorda, will see thousands of people coming and he needs more rooms to accommodate the expected visitors.

“If you still have any properties available, let me know because I am going crazy trying to place people in marinas, villas, hotels and resorts because everything is getting very, very full for the months of July. So, be prepared because the Puerto Rican navy and a lot of Puerto Rican BVI fans are coming to the BVI this summer,” he added.

Meanwhile, in his maiden overseas trip as Premier of the territory, Dr Natalio Wheatley attended the full moon party and expressed his excitement about the expected return of Puerto Ricans to the territory.

“I want to thank Tommy and the whole team for organising this BVI full moon party which is really a celebration of the relationship between the Puerto Rican people and the Virgin Islands people. It is a very strong relationship. We are so close together and this event tonight is a celebration of the return to travel after two years of this pandemic,” Dr Wheatley said.

Dr Wheatley was joined by Director of the Tourist Board Clive McCoy, and he also shared the same sentiments as the Premier regarding the imminent return of Puerto Rican travellers to the BVI.