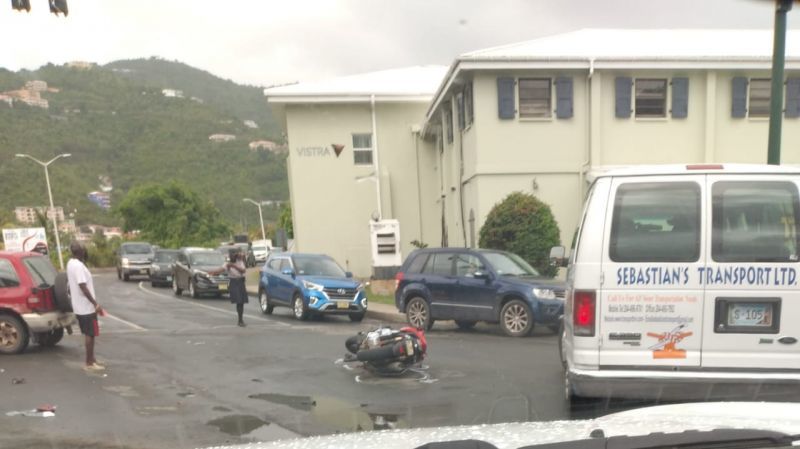 A motor scooter rider received injuries when he became involved in an accident at Pasea, on the main island of Tortola, this afternoon, July 11, 2021.

The mishap occurred around 3:00 pm in the westbound lane of James Walter Francis Drive, in the vicinity of the traffic lights.

Information is still sketchy; however, our newsroom was told that the scooter rider was thrown off his bike and ended up partially under an automobile. The extent of the scooter rider’s injury is unknown.

It is also unclear how many other vehicles were involved.

Police and ambulance were called to the scene.

Our newsroom will bring more details as they become available. 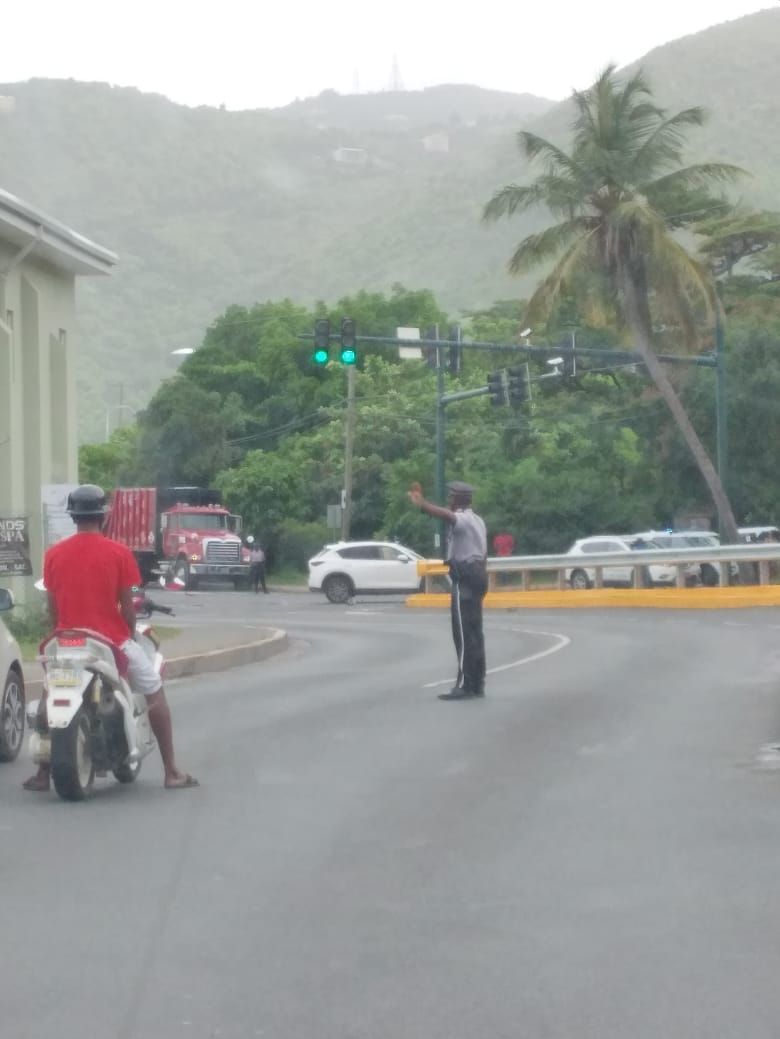 Police directing traffic at the scene of the accident at Pasea on July 11, 2021.