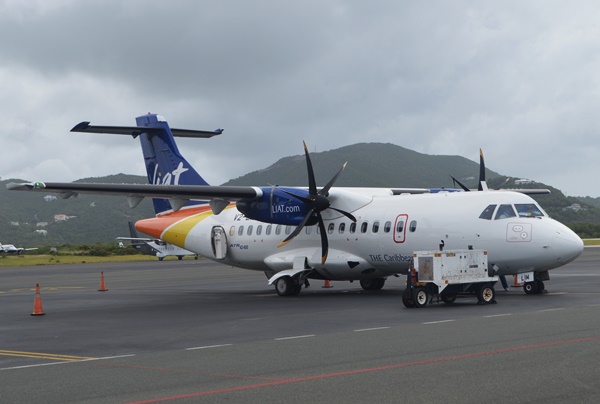 With the financially strapped regional airline LIAT facing the likelihood of being liquidated, many stranded customers with credited accounts have been left in the dark on how or if they will be refunded.

Liquidation in finance and economics is the process of bringing a business to an end and distributing its assets to claimants. It is an event that usually occurs when a company cannot pay its obligations when they are due.

BVI News interviewed two persons in the territory who have been affected by these latest developments by the regional airline.

The first person, a Long Trench female expat who requested anonymity, said she is quite uncertain as to how she will return to her home country, Barbados.

She said that after COVID-19 had affected her employment status here in the BVI she had made the necessary arrangements to make her way back home.

“I’m concerned that I may not receive a refund as I would’ve booked my return flight with LIAT, which was my sure way home,” she stated.

“The airline’s liquidation will definitely affect me as not many regional airlines fly directly between Barbados and Tortola. This would require me to spend at least $500 or more to book another flight out of the territory,” she added.

As a former supervisor in the local hospitality industry, she said living in the territory was becoming increasingly difficult, especially with no available commercial flights departing Beef Island due to the borders being closed.

“It’s not a favourable situation as my contract was terminated due to COVID-19 and my work permit cancelled. However, I still have expenses and responsibilities. As long as I am here and with no active income, I have to rely on my savings which are running low.”

Not qualified for unemployment benefits

Following advice from the Immigration Department, she has been in pursuit of employment to help herself manage financially until flights resume to the territory.

“I am actively seeking employment. However, I’m often advised that I am overqualified. With regards to the unemployment programme, I do not qualify as I was not in the territory long enough. Therefore, I am a long way from home, unemployed with expenses and no way out,” she explained.

More than $400 credited on LIAT

In the meantime, a Road Town resident who also requested anonymity said he is extremely worried about whether he will be able to recoup his more-than-$400 airfare that was credited to his LIAT account after the airline had cancelled the vacation flight he had booked.

“I had planned to take my vacation in Barbados in the month of April and I would’ve booked a round trip in March, which cost me $429.70. After COVID-19 was declared a pandemic and started affecting various islands in the region, LIAT announced the cancellation of all flights and credited my account with the money for the ticket,” he said.

“At first I was looking forward to the resumption of their flights after many borders in the territory had started reopening, but after several postponements of their resumption of flights, then hearing the news of a possible liquidation of the airline, that’s where my worries started,” he added.

The Road Town resident, who told BVI News he was still gainfully employed, said he had decided to browse his account on LIAT’s website but was caught by surprise when he saw that everything had been removed.

“I decided that I would go and see what flights were available, but was met with an unusual message from the site and nowhere to possibly log in. At first, I felt that the site may have been down temporarily due to it being updated. But after revisiting couple days after following the news of it facing liquidation and seeing the same message, that was when it hit me that my money may be lost.”

“I called LIAT’s hotline but was told that the webpage would be back up within a week, but even after a week had gone, nothing of the norm had returned to the page,” he further said.

Customers left in the dark/Indefinite suspension of flight

Meanwhile, in a Friday July 10 publication on LIAT’s Facebook page, the regional airline made an announcement that further left their customers in the dark.

While confirming that the company was facing the possibility of being liquidated, LIAT made no mention of whether customers will be refunded or whether flights will ever resume.

“While the Board and shareholders have considered numerous proposals to safeguard the survival of LIAT, the COVID-19 crisis has created unprecedented challenges. These challenges have led to options which include a proposal to liquidate the airline,” the statement read.

It added: “Further information about LIAT’s future will only be available after LIAT’s next Annual General Meeting which has not yet been scheduled. As a result, we deeply regret that we are unable to provide any further information to assure you but promise to update you as soon as a decision has been made.”

LIAT is, therefore, asking all customers to continue to monitor their page for all future updates.
#COVID-19  #Covid
Add Comment