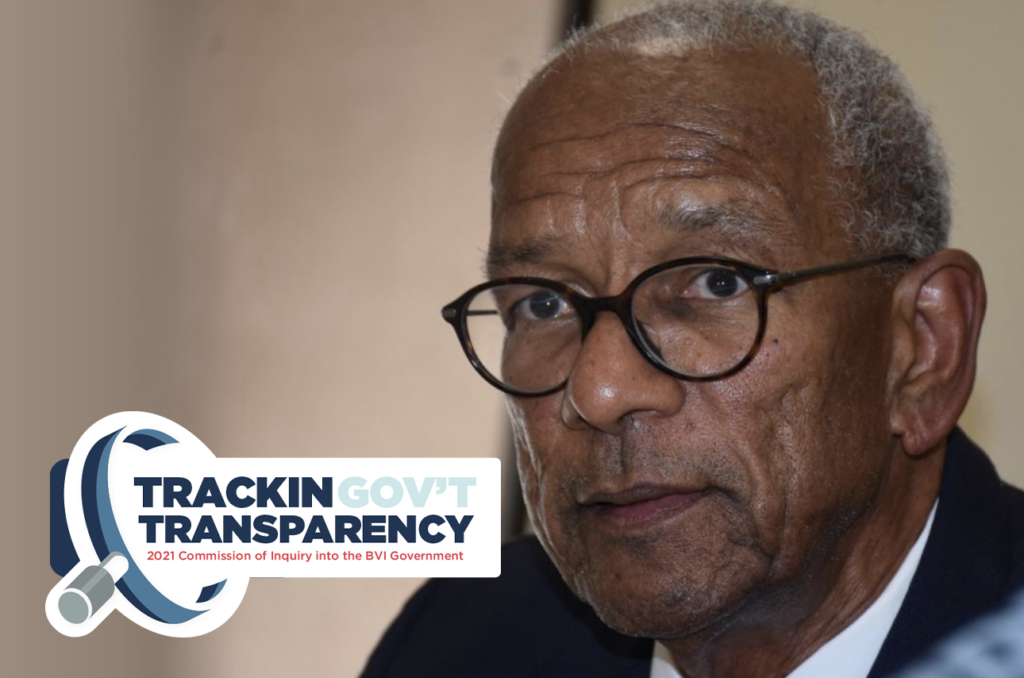 ‘My legacy must never be tied with suggestions of criminality’

Former Premier Dr D Orlando Smith has forcefully rejected suggestions that elements within his previously governing National Democratic Party (NDP) administration may have been tied to acts of criminality in any way.

Dr Smith’s comments come in the wake of the release of the Commission of Inquiry (COI) report.

Although, the territory’s former leader said he welcomed the report, he encouraged everyone to read it to draw their own conclusions regarding both its substance and style.

“The COI report criticises government officials for not carrying out sufficient due diligence. That in hindsight would be tantamount to poor governance. But it could never be elevated to criminality on the part of either the previous Financial Secretary or myself,” the former Premier said in a statement issued yesterday, May 9.

According to Dr Smith, while in hindsight, due diligence errors may have been made by his government, “at no time was there any act even remotely bordering on criminality committed on the part of myself or my colleagues”.

“At the end of the day,” the former Premier insisted, “this is my legacy which must never be tied up with suggestions of criminality on my part.”

I reject conclusions of serious dishonesty

Meanwhile, Dr Smith said he needed to ‘clear the air’ on the report’s findings in relation to BVI Airways and the suggestion that there may have been criminality on the part of those BVIslanders involved, including himself.

He referred specifically to a passage at page 374 of the COI’s report which found that the project was an example of poor governance on the part of the government due to a failure to require financial statements from BVI Airways; inadequate due diligence; and other examples of this kind.

The report, he noted, also suggests that from these criticisms of poor governance, it follows that some form of “serious dishonesty in relation to government officials may have taken place.”

“I wholly reject that conclusion – a conclusion that is not supported by any facts,” Dr Smith asserted.

We were let down by our advisor

“Moreover,” the former Premier continued, “I state categorically that at no time during the four years or so that my government was involved with the US promotors of BV Airways, in an effort to get the airline started, was there any criminal activity – deliberate or by accident on our part.”

Dr Smith said no facts have been alleged and no evidence shown which indicates otherwise. “The COI report itself does not set out justification for the suggestion that BVI government officials may have committed a crime,” he added.

He argued that in agreeing to make an investment in BVI Airways, his government relied on the advice of a trusted US lawyer and advisor of approximately 30 years of successive BVI governments.

“We were let down by this advisor,” Dr Smith said.

He continued: “As stated in the report, the project regretfully did not succeed. I as the Premier at the time immediately initiated legal and investigative activities to recover the monies that government had invested. This matter is still ongoing before the courts such that I will comment no further on it.”