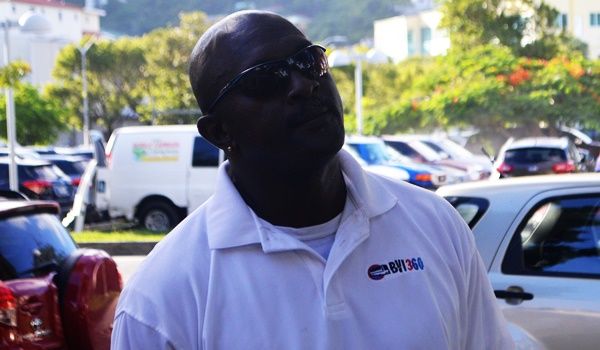 Talk show host Julio ‘Sam’ Henry has said public officer Najan Christopher was recently arrested and charged because of “hypocrisy in the system”.
Christopher is the former Director of the International Affairs Secretariat who was arrested and charged this week after reportedly sending a diplomatic note to the United States (US) courts earlier this year, reportedly in an attempt to free disgraced former Premier, Andrew Fahie.

But speaking on his radio show Speak Out BVI earlier this week, Henry said it was unfair that Christopher was charged for doing her job while Police Commissioner Mark Collin remains in office despite painting a negative picture of the BVI with the now-viral ‘Policing in Paradise’ video.

The video, which Collins said was a recruiting tool for the police force, depicted the territory as a violent and crime-riddled place. It caused public outrage.

“It exemplifies the hypocrisy in our system to see people like Najan who was doing her job at the time now being vilified and charged. On the same hand, the Police Commissioner, weeks before, was engaged in a video who granted permission to an outside agency in the United Kingdom to come into the territory — and he himself (the commissioner) assisted in putting together a videotape to basically destroy the reputation of the territory. But he wasn’t sent home for breach of trust,” Henry argued.

“What did our Governor Mr John Rankin say? He said it (the video) was unacceptable. But that’s it. [Rankin is saying]; ‘he (the commissioner) is with me and I’m going to protect him’. But at the same time, here is law enforcement enforcing law on our citizens of this territory. If that don’ enrage you, I don’t know what will,” Henry said.

Some sections of the public are in support of Christopher, whom they say was only doing her job when she dispatched the letter to assist former Premier Fahie.

Radio talk show host Claude Skelton Cline has stated she is a good candidate for elected office and should consider contesting the next general election.
#John Rankin  #Fahie
Add Comment