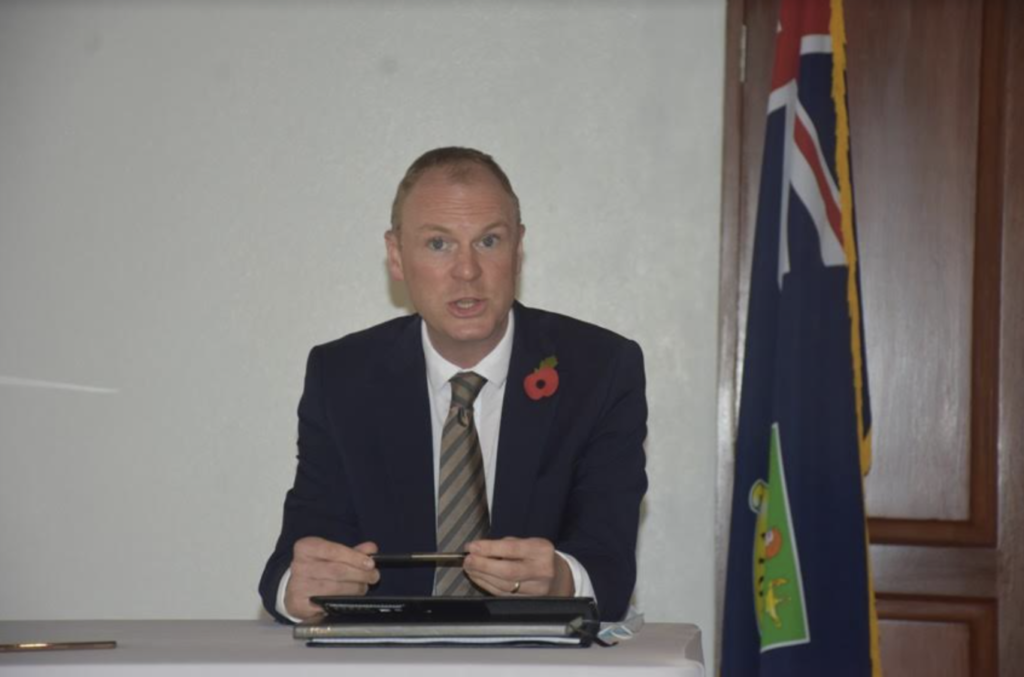 Nat’l Security Council considering to get more help from UK

The National Security Council (NSC) is now considering whether further external assistance from the United Kingdom (UK) is needed to tackle corruption in the territory.

Governor Augustus Jaspert made that statement during Tuesday’s media briefing to announce the territory’s quarter-billion-dollar cocaine seizure — largest ever in the history of the BVI.

He said: “I am currently considering other forms of training and support from the UK, both immediate support that will enable us to conduct more effective border patrols and long-term capability building of our agencies. I cannot go into further details as this is still being discussed with NSC, but I will update as soon as appropriate.”

“These actions will help us protect the borders. But they need to be matched by actions to help protect against corruption. I believe that we have not done enough over the years to ensure that no kind of corruption can take place within our institutions in the territory,” he added.

Time to send a clear message

Governor Jaspert, who is responsible for national security, said he believes now is the time to send a clear message to potential perpetrators that the BVI is no place for crime or corruption.

To do so, he said robust legislative reform is needed in the territory to make institutions more transparent and to protect against persons abusing their positions.

“We urgently need the proposed legislation — an Integrity Commission, modernised Police Act, an Unexplained Wealth Order and other anti-corruption measures. I am pleased that these were included in my recent Speech from the Throne and hope that the Premier and members of the government, in light of this weekend’s developments, can move swiftly on this agenda and progress important governance legislation, which is now long overdue,” he stated.

Will do all in my power!

The governor further said he will be doing all within his capacity to ensure that the BVI remains a safe place where the territory can continue to operate at the highest standards of integrity and governance.

“I will not allow BVI to become a place where serious organised crime plagues our communities or where crime and corruption plagues our institutions. BVI remains a safe place to be and a caring and kind community. For that, we are the envy of many. But we should not take this for granted or allow ourselves to become complacent,” Governor Jaspert said.

In September, after the territory had experienced an increase of reported smuggling, Governor Jaspert made a request to the UK to have the British Royal Naval vessel HMS Medway deployed to the BVI to help the local forces secure the territory’s borders.