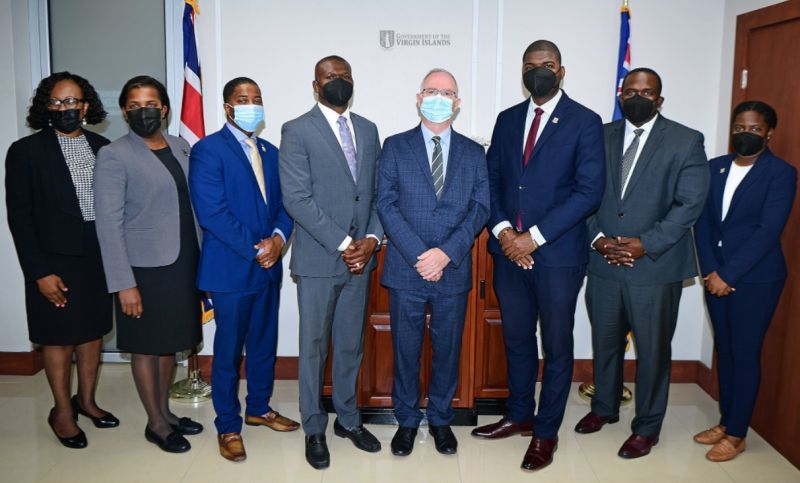 The National Unity government led by Premier and Minister of Finance, Dr the Hon Natalio D. Wheatley (R7) held its first cabinet meeting on May 11, 2022, where members of the new Cabinet received their Oaths of Cabinet Confidentiality, which were administered by Chairman, H.E, Governor John J. Rankin, CMG during that first meetings.

Members of the new Cabinet received their Oaths of Cabinet Confidentiality, which were administered by Chairman, H.E, Governor John J. Rankin, CMG during that first meetings.

Cabinet meets weekly on a given day to establish its agenda for the meeting on another day in the upcoming week to make decisions on a collective basis and operate under a strict regime of confidentiality.

The meetings are closed to the public and this allows ministers to receive frank and honest information and advice on matters with national and international interests.

Members also rely on Cabinet as a forum in which they can deliberate in confidence on controversial matters, urgent public affairs, strategic issues and all significant policy matters, including legislation, the public service and the Territory as a whole.