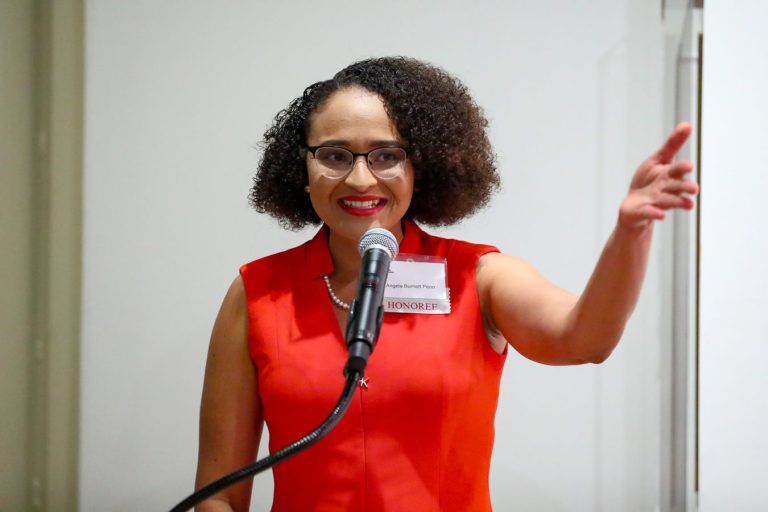 Native Virgin Islander Angela Burnett Penn has received international recognition for her work as author of The Irma Diaries and for climate change activism in the Caribbean.
Burnett Penn has copped the Rising Star Award 2022 from The Edward J. Bloustein School of Planning and Public Policy at Rutgers, The State University of New Jersey. The award is given to graduates of the school who’ve made outstanding contributions in their field of study.

Burnett Penn is a graduate of the Bloustein School’s internationally-ranked urban planning programme.

A statement from the school said the Rising Star honour reflects Burnett Penn’s professional accomplishments in environmental management and climate change adaptation in the Caribbean and her global climate advocacy work as author of The Irma Diaries, among other things.

Burnett Penn has made stellar contributions to environmental planning in the BVI and the Caribbean.

She is credited with building The Virgin Islands’ climate change programme from scratch into a small-island model with support from local and regional institutional partners.

Among other accomplishments, she authored the territory’s Climate Change Adaptation Policy and co-led the development of the Virgin Islands Climate Change Trust Fund, a first of its kind in the Caribbean.

During the awards presentation held in New Jersey in October, Burnett Penn reflected on the important role of planners in society.

“Being a good planner is all about being able to successfully navigate spaces, places and communities through change—climate change, changes in population, socio-economic dynamics, and more. Planners get the exciting job of figuring out how to strategically use land and connected resources to support wide-ranging community and national goals in an ever-evolving landscape,” Burnett Penn said.

The Edward J. Bloustein School of Planning and Public Policy serves as one of the United States’ key centres for the theory and practice of planning and public policy scholarship and analysis.
#the Virgin Islands
Add Comment