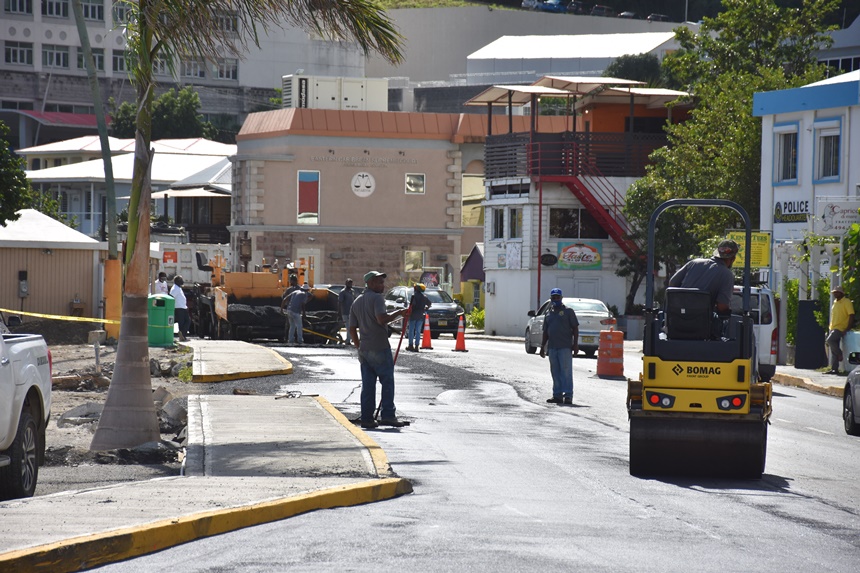 According to the Premier, every $0.03 collected on each gallon of fuel imported into the BVI is supposed to be placed into this fund.

He said the NDP allowed the $10.5 million millions to build up while the law was totally ignored.

“That money was put inside of the Consolidated Fund … and [was used to] do many things. [However], no improvement of the infrastructure [was done],” the Premier claimed.

He said the issue was brought to his attention by Works Minister Kye Rymer who insisted that the situation be rectified.

And according to Premier Fahie, the very Opposition members – who were part of the previously governing NDP – are now trying to hold his minister accountable for not utilising the fund for infrastructural works as they should have done when they were in office.

“Rather than putting the money in the fund and using it to help the infrastructure of this country, they went and borrowed $16 million from the Social Security [Board] to do roads that up to now we can’t see whether the road is smoother, more rough in the air, or whatever,” he said.

Fahie described the territory’s roads as being “worse than ever” because of the former government.

He said persons should not be blaming his government for the infrastructural woes of the country given what has taken place under the NDP’s watch.

And while clapping back at criticism from the parliamentary Opposition, the Premier said much of his government’s term in office has been spent fighting the COVID-19 pandemic, and one could see the stress on the faces of his ministers.

“We have to do so many things with less money,” Fahie said.
#COVID-19  #Fahie  #Covid
Add Comment