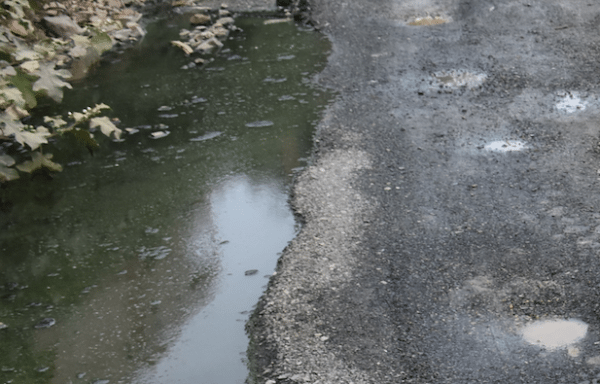 While citing multiple reasons for the BVI’s chronic sewerage problem, the Department of Environmental Health has said it receives just fewer than half-a-dozen sewerage-related reports/complaints weekly. Chief Environmental Health Officer Lionel Michael cited that statistic while telling BVI News the number of reports relating to sewerage is too many for their comfort.

“In a given week, we get about four to five reports of various complaints. The odour that comes from the inadequately treated sewerage in the communities is discomforting for people but there are no reported cases of waterborne or foodborne diseases as a result of this. But, yes, it is a major threat,” Michael stated.

“We get some kind of sewerage report every week from people in East End, West End, Huntum’s Ghut, Road Town but primarily in the East End Long Look, Green Land, Long Swamp areas,” he added.

Cause of the sewerage problem

The environmental health boss said the problem was mainly due to poorly-constructed septic tanks and absorption systems, along with the overpopulation of certain areas.

“They are not properly built. Consequently, they are not treating the waste properly. They are undersized, they are inadequate to treat the volume of waste on the properties and hence waste is disposed of in varying times in the East End community,” Michael stated explained.

The department head further said: “They have not built them correctly and now to rectify the problem it is costly … To go in now and remedy the problem is a significant infrastructure and financial challenge.”

Measures to solve the problem

Michael also revealed that his department conducted a national workshop which taught several residents how to build septic tanks and absorption systems by their guidelines. He said persons have since been using the guidelines to properly build and construct the septic tanks.

He also said the only way to properly solve the problem is for the government to develop a sewerage system in the overcrowded areas where the issue exists.

“In those circumstances, we do recognize that government should have a sewage system in place to alleviate some of those problems. But, clearly, the people in East End need a sewerage system.”

He, however, said residents must also bear the responsibility of proper disposal of their waste.

“Government does have a responsibility where real estate is limited, crowding is an issue, and on-site systems may not be the right one, to put in a sewage system. We support that but each and every individual has the responsibility to ensure that their waste is disposed of in a safe and sound manner,” Michael argued.

Under their tenure as government, the previous NDP administration removed some $8 million that had been budgeted to address the sewerage issues in East End. As BVI News understands it, those monies were never returned.