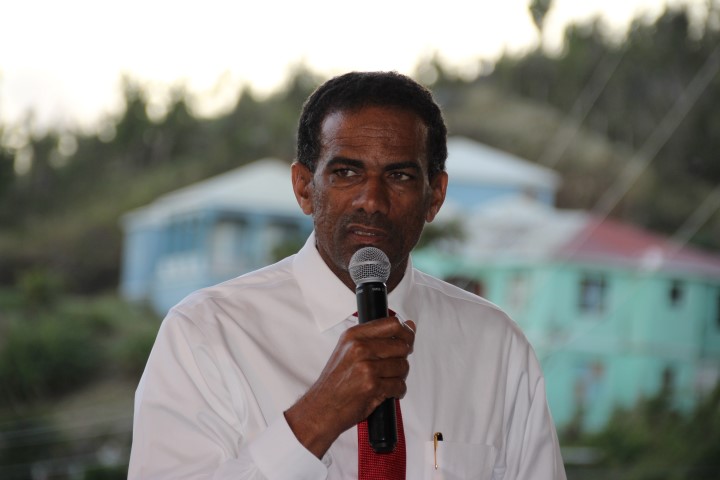 Former Deputy Premier under the previous NDP administration, Dr Kedrick Pickering has come to the defence of former Financial Secretary Neil Smith who has been blamed for acting negligently in his decision-making as it relates to government’s deal with the defunct airline, BVI Airways.

The former government legislator said Smith should not be the one to carry all the blame in the controversy.

“For the record, the Neil Smith I know could never under any circumstances be in a position to benefit directly from government’s finances. In other words, the Neil Smith I know can never be accused of thieving anything. I can say that without any fear of contradiction,” Dr Pickering said during an interview on the Honestly Speaking radio programme on Tuesday, June 30.

“No one person can just take government’s money. It just cannot happen. There are checks and balances in the system where that cannot happen. It doesn’t give one person the authority to write a cheque and the cheque gets written. The Financial Secretary has to account to the Minister of Finance and he has to account ultimately to Cabinet,” the former legislator added.

“All of us (the former National Democratic Party (NDP) Cabinet) has to be responsible. One person shouldn’t be left out on a limb to hang and dry. We cannot have a system where if things go wrong, one person is just left out to dry because we all invariably working together and decisions are made in a collective way and, all of us shared the responsibilities,” he added.

Previous reports had been submitted to governor?

In the meantime, Dr Pickering said both the former Minister of Finance as well as Smith submitted what he described as official reports on the matter. However, he said those reports have not been published, adding that he does not know why.

Dr Pickering further said the reports were presented to the Governor.

While making it clear that he did not have direct responsibility for the BVI Airways project because it was handled under the Ministry of Finance, he said the project was compelling.

He said the development of the TB Lettsome International Airport was going to take years to get done. And while the idea wasn’t new when it was presented to the government, “it was an idea that came about that if the financing was put in place, it could be done and it could be done within a specified period of time”.

He added that the project would have given the territory a ‘jump start’ on the airport development.

“So, it was an attractive idea, so it was pursued.”

Dr Pickering said it was also viewed as a way of “getting ahead of the game” in bringing visitors directly to the BVI from Miami and a method to boost economic development.

A special Auditor General’s report on the airline deal indicated that Smith, who was government’s official liaison for the project, broke protocol on several occasions and failed to properly ventilate significant matters before making certain decisions.

The Auditor General’s report further said Smith facilitated for the airline’s operator parties to have ongoing high-level access and support from within the government.

The report said there was an absence of the “acute level of scrutiny that should have been applied to the financial and other issues” associated with the $7.2 million deal.

The matter is now under a criminal investigation.