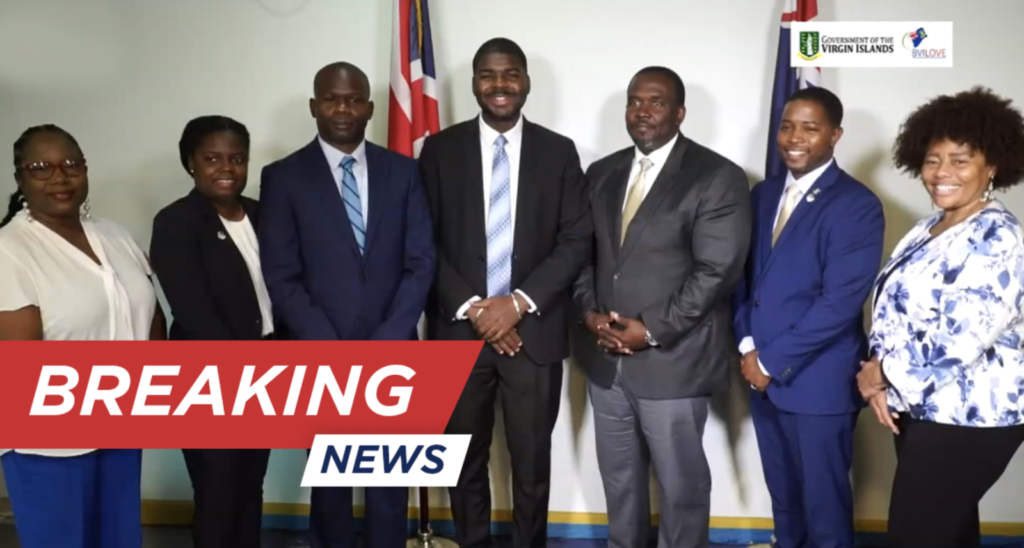 While announcing plans to establish a cross-partisan government, Acting Premier Dr Natalio Wheatley has indicated that Vincent Wheatley and Carvin Malone will be removed as Minister of Natural Resources, Labour & Immigration and Minister of Health & Social Development, respectively, after these proposed changes are brought to Governor John Rankin for approval.
Dr Wheatley said he will bring the proposal of a National Unity Government to the governor which will see the governing Virgin Islands Party working together as one government with the opposing National Democratic Party as well as the Progressive Virgin Islands Movement.

The new National Unity Government is expected to be led by the Acting Premier and expected to last for the next 10 to 12 months. This timeline is notable considering that the next general election is constitutionally due in February 2023.

“Each party would be represented in Cabinet as it would give each party equal representation as a government work closely with the governor and United Kingdom on reform which should go well beyond the COI recommendations,” Dr Wheatley said.

The Acting Premier said the proposal will see Opposition Leader Marlon Penn taking over the Ministry of Health & Social Development from Malone, while Second District Representative Melvin ‘Mitch’ Turnbull (also an Opposition legislator) will assume control of the Ministry of Natural Resources, Labour and Immigration from Wheatley.

Government legislator Sharie de Castro is proposed to become the Minister of Culture, Youth Affairs and Sports while Kye Rymer is expected to remain as the Minister of Transportation, Works, and Utilities.

Dr Wheatley will continue to act as Premier and Minister of Finance.

“Vincent Wheatley will remain as Ninth District Representative and will continue to represent the people of Virgin Gorda and Anegada. The Honourable Carvin Malone, the Territorial At-Large Representative will ensure people of the First District, in particular, who do not have representation on the ground have a voice. I must also add Mark Vanterpool continues to be the member of the Fourth District and a strong member of the National Unity Government,” Dr Wheatley announced.

“We thank all persons for their sacrifice and willingness to work in a cross-partisan way. We are stronger working together in this way and I hope Governor Rankin will accept and make the appointments required once the necessary constitutional steps have been taken to initiate the process. I will update the public by the end of the week on his response and timeline,” the Acting Premier added.
#John Rankin  #CoI
Add Comment