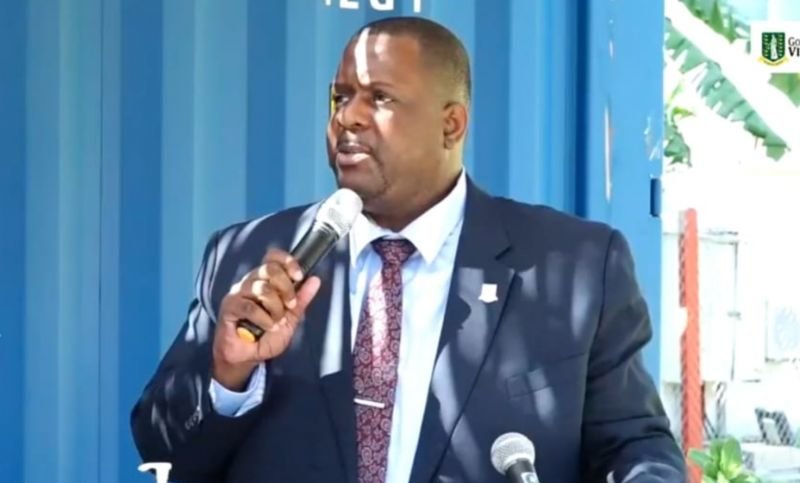 The new Jost van Dyke Primary School has moved one step closer to becoming a reality, following the contract signing for the design development phase of the project between the Government of the Virgin Islands and AEC Consulting Engineering Ltd.

Premier and Minister for Finance, Hon Andrew A. Fahie (R1) yesterday Monday, December 21, 2020, signed the contract on behalf of the government, while Mr David Butcher signed on behalf of AEC Consulting Engineering Ltd at a small contract signing ceremony on the island.

Addressing the ceremony, Premier Fahie said the building will be located on the hillside above the current location and will be similar to the newly constructed Enis Adams Primary School in Myers Estate on Tortola.

“This is no gimmick as we say in our language. I say all these things because what credentials do we have to make you believe that we are going to build the school? The credentials that we have is our track record,” Hon Fahie affirmed.

The Premier used the opportunity to point out several projects completed under the tenure of his administration thus far, including the L-Shaped building at the Elmore Stoutt High School.

Meanwhile, Deputy Premier and Deputy Premier and Minister for Education, Culture, Youth Affairs, Fisheries and Agriculture, Dr the Hon Natalio D. Wheatley (R7) said for long, the state of the school has been unacceptable, “it is time for us to get the ball rolling and putting these young persons in a school, in a structure that they deserve and we are happy that we are at this point now.”

“I pledge to the people of JvD, I pledge to the district representative that for me, this is priority number one,” Hon Wheatley said while adding that the VI could expect a state-of-the-art facility in the not too distant future. 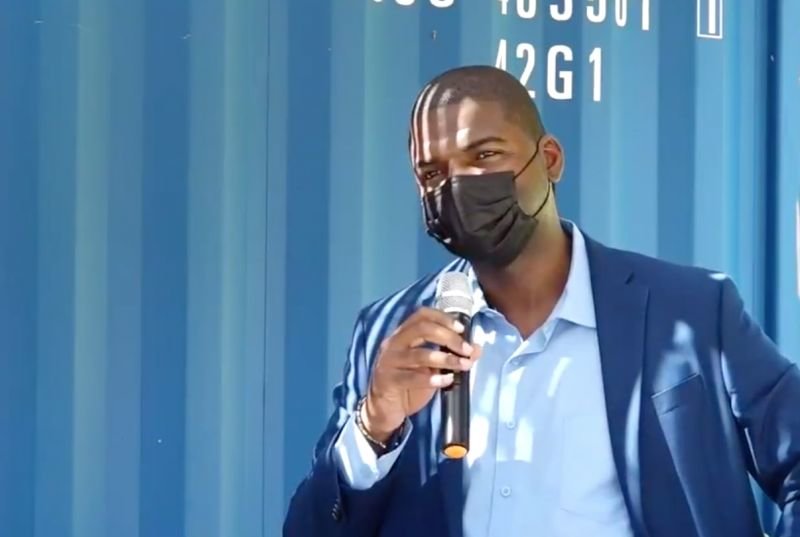 Meanwhile, Deputy Premier and Minister for Education, Hon Natalio D. Wheatley while noting that the state of the school was unacceptable, said government will get the ball rolling on the new construction.

Notably, the school was moved to the hillside after the government took into account several factors including listening to the requests of the people of JvD, that the new building would be better suited on the hill as opposed to the current location.

Upon completion of the new facility, the school’s present location will be transformed into a recreational space for the island and Hon Wheatley informed that two donors are already on board, one of which is the Soggy Dollar Beach Bar.