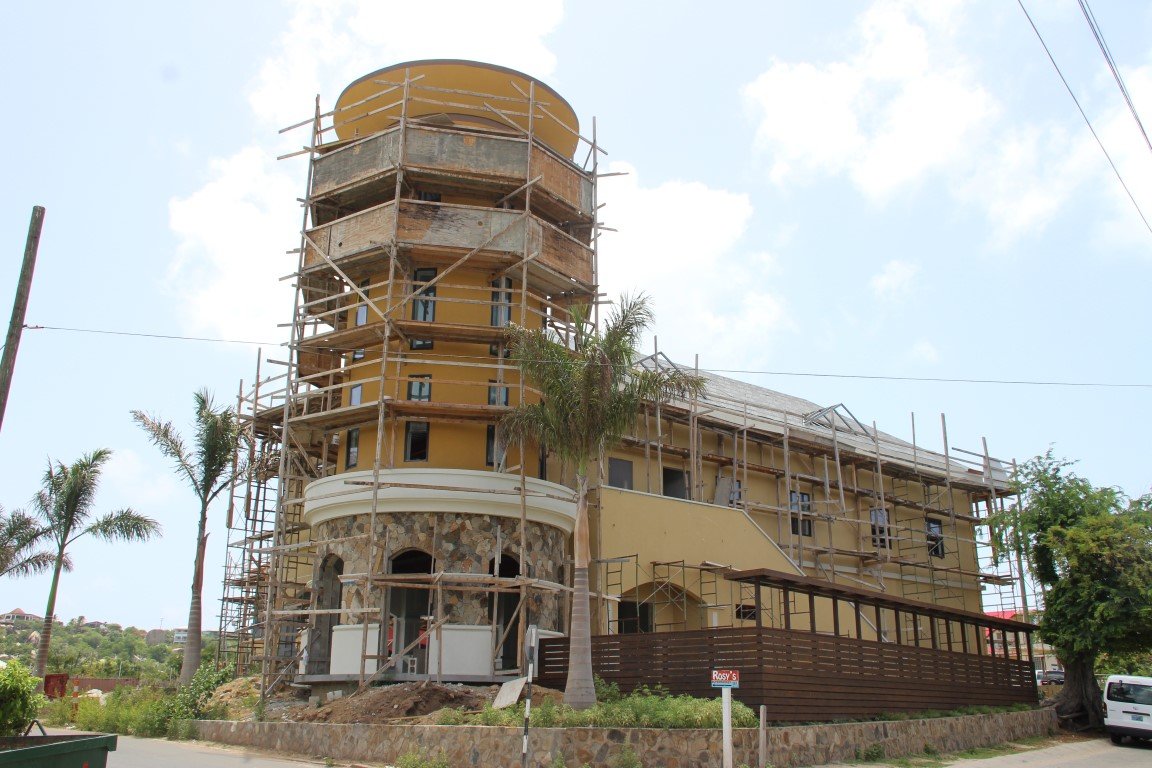 Virgin Gorda native, Franklin Walters said he pursued the development because he saw an opportunity to provide entrepreneurs with a much-needed commercial space in The Valley on Virgin Gorda.

“My thing is giving persons opportunities. I would say there is a need for it because there are young people who want to get into business and they need spaces to rent. So I just took the opportunity and did something,” said Walters, who is also the current owner of Rosy’s Supermarket on the sister island.

“We started in 2016 and when the hurricanes came, we had to stop. But nothing happened to the building and we resumed about eight months to a year after,” he added.

The businessman said his new mall, which is still unnamed, will also offer an additional culinary service to the island.

He said this will come in the form of a steakhouse restaurant.

“It will be something different,” Walters said.

Upon completion, the two-level mall will have a total of 14 commercial spaces for lease.

In the meantime, Ninth District Representative and Minister for Natural Resources and Labour Vincent Wheatley commended Walters for the undertaking.

“That there are three generations of a family that started from one little shop in their yard to building Rosy’s Supermarket and then now this complex.”