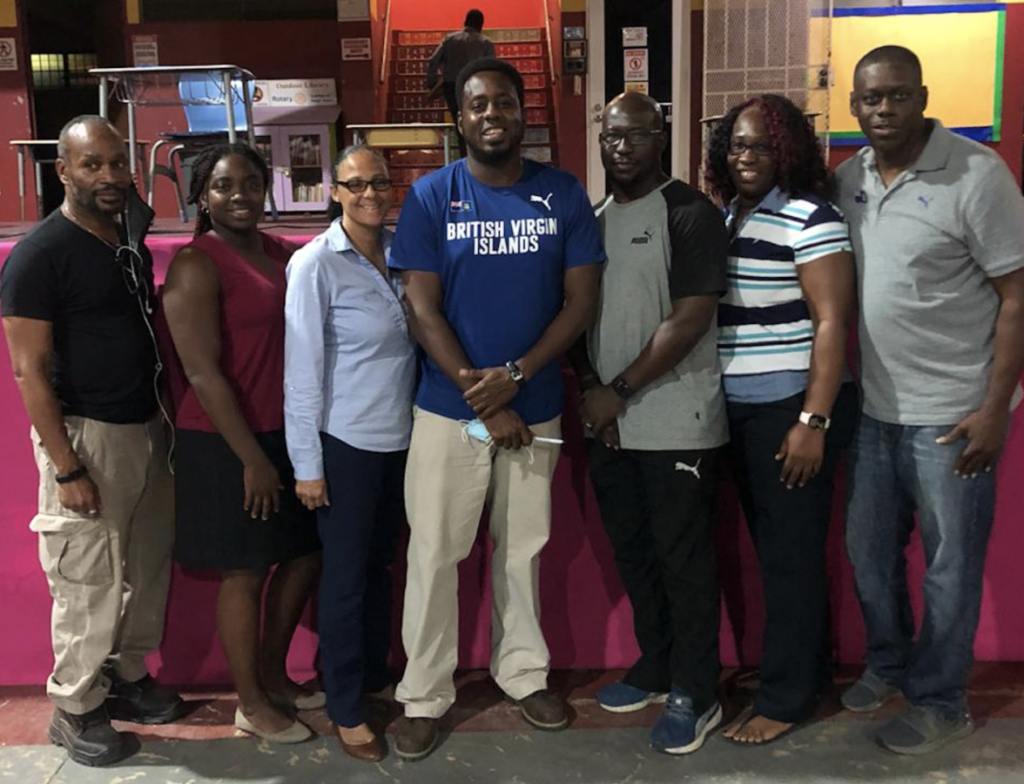 Huggins was the lone person contesting for the Athletes Representative position.

Speaking to BVI News following the elections, Henry said he was happy for the win and revealed some of the plans he has for the organisation during his tenure.

“I am a little excited right now. I have always been Mr Augustine’s self-proclaimed vice president, but now I actually have the title and I’m just going to ride the wave and continue to work hard to see the BVI Athletics Association continue to grow and not go backwards,” Heny stated.

He added: “The ideas and plans for the next four years is to continue some of the work of the old administration that we had … which include raising money, [and] taking the athletes to higher heights. There’s so much to list right now. I just want to continue working hard for the athletes, it’s all about the athletes more than anything else at this time.”

Was a little worried

New Assistant Secretary Scatliffe said she was a bit anxious throughout the elections because of the formidable reputation of her opponent.

She said: “I was a little worried seeing that my fellow running mate is highly involved in track and field. My aim for the next four years is to continue assisting the secretary and the executive body on a whole to improve track and field and to take it to a completely new level.”

Plans to reach out to athletes

In contrast, it was smooth sailing to victory for Huggins. She said she will be using her experience as a former athlete to hear the needs of all local athletes and to ensure they are properly represented by the association.

Meanwhile, there were four other top executive positions that went uncontested during the night. The incumbents in these posts were all reelected.

These positions include the President which will see Steve Augustine serving another term, General Secretary with Stephanie Russ-Penn, Treasurer with Willis Todman and Public Relations Officer with Cleave Farrington.