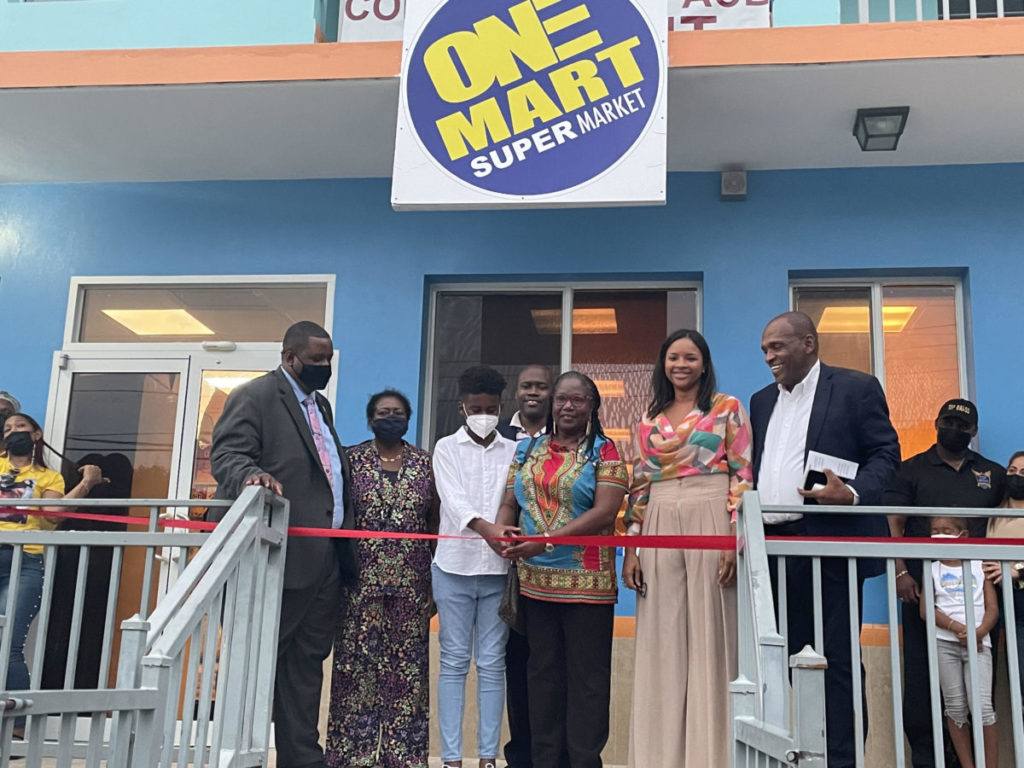 A new OneMart Superstore was opened in Baughers Bay last Friday to bring convenient shopping to the people of that community and neighbouring areas.
Speaking at the official opening ceremony, the Junior Minister for Trade and Economic Development Shereen Flax-Charles said supermarkets are important to the territory and she was confident the people of Baughers Bay are happy to see one in their community.

“I was listening to a conversation earlier with some young men and they were lamenting that certain things were not happening, and one young man said if we all pool our resources together and sometimes not try to do it on our own, we can accomplish a lot and that’s what family do, that’s what investors do; they come together,” the junior minister said.

“I must also thank Mrs Vanterpool as well because behind every great man is an even greater woman. I extend more credit to her for her patience and for her knowledge,” the Sixth District Representative added.

Country Head of FirstCaribbean International Bank in the BVI, Amory Jervis said the store will provide great value to the community in terms of employment opportunities directly and indirectly as well as convenient shopping opportunities.

Premier Andrew Fahie was also present for the opening and noted that many people in the territory have been able to get employment through Vanterpool. Fahie said the businessman and politician reminds him of himself because they do not wait until a situation is perfect to make a move.

“He gets an idea and he’s gone. He pushes until he gets through. If he fails, he gets back up again and continues and that’s what I admire about him. The expansion of more stores also shows the confidence he has in the economy as we continue to cope with COVID-19,” Fahie said.

“It’s going to take a lot of innovation to save your business and even do business. When he opens these stores, he cannot run them by himself so we are sure he will be able to hire more persons and more persons get opportunities,” the Premier added.

In giving his remarks, Vanterpool gave a history of where OneMart began. He said the idea for the store began in Huntum’s Ghut, where he lived after his parents moved here from Anguilla. Vanterpool said every Saturday his mother would insist he visit the community shop and assist the owner Liston Smith.

While there, he would assist with writing down the names of persons crediting from the store and the amount.

“I learnt that he took care of his customers and when they couldn’t pay, they could still get something. When he died, his wife came and said he said I had to be the executor of his estate. I had to look after his property and his businesses. I was a young man and I had to take on this serious task. She said he wanted me to take care of the shop because she couldn’t do it alone. That is where OneMart started,” Vanterpool said.
#COVID-19  #Fahie  #Covid
Add Comment