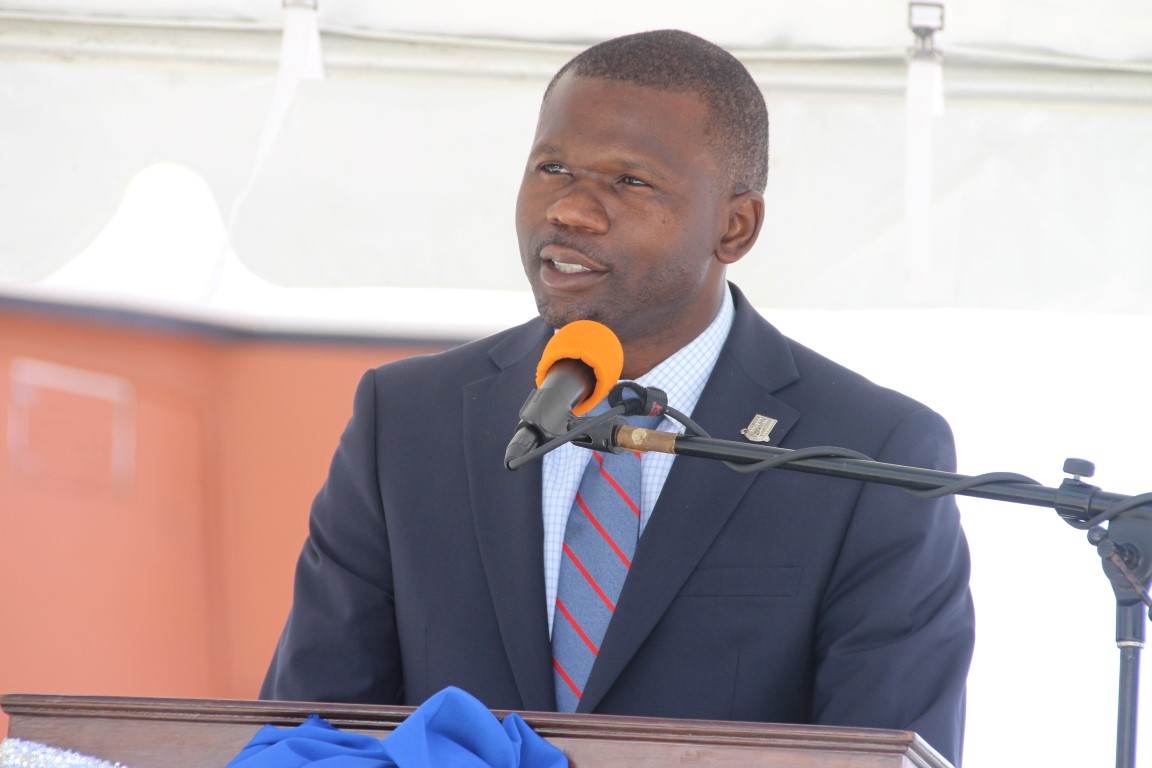 New Procurement Act has slowed the speed of work completion

Minister of Works Kye Rymer has suggested that the new Procurement Act of 2021 altered the rules needed to execute community projects and has effectively slowed down the speed at which government is able to get work done in these communities.
Rymer was speaking at a community meeting focused on the “Framework for Implementation of the Recommendations of the Commission of Inquiry”. The meeting was held at the Stick–It in Long Look last evening.

Community residents had raised concerns about issues related to poor roads, derelict vehicles, and sewerage problems the community was facing, and the Minister of Works sought to alleviate their concerns.

He said: “Works are slow, but we had some issue with the contractor. We have a new Procurement Act where we must do things a bit different. We are in reforming of all the rules and regulations. That has fallen in with that, but we are making progress and we are hoping to have more done in the near future.”

“We are committed, the Premier is committed. This is his [constituency], especially his area along with the Minister for Health and you know we have committed to getting these works done,” Rymer assured.

The minister said some progress has been made and the government is hoping to get more work done soon.

“With the sidewalk painted and them putting up the signs, that should make it easier for enforcement to take place pertaining to the parking. We are aware that some contracts have been signed pertaining to the sewerage where we are working on the lateral. We have also seen the main road where the manholes are dug up but what took place is that they were already installed but they were never sealed or bent. So, the contractor now is responsible for taking them out and making sure they are bent and properly done where it is completed so the sewerage can flow properly,” Rymer said.

“That work is ongoing, but we know we have some obstructions with the traffic flow and we continue to ask the motoring public for their patience in that regard. What I can say is that this area has been plagued with bad roads for a while and it is always the excuse of the sewerage and this and so forth. I know we stood here on this podium, I think it was in 2020, and this was sometimes in the heart of the pandemic where we were able to secure some funding to get the sewerage done. That has been slowly coming but we are committed to getting it done,” he added.
#Commission of Inquiry
Add Comment