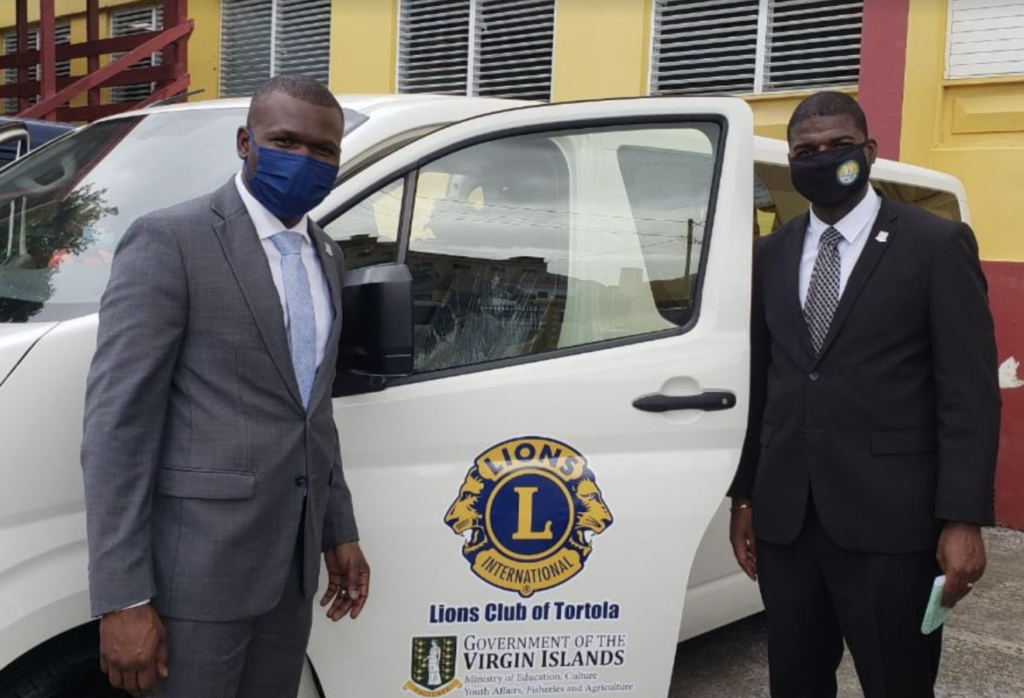 After enduring a couple years without designated transportation for the students of the Eslyn Henley Richiez Learning Centre (EHRLC), principal Vansittart Huggins received keys to a brand-new school bus thanks to an initiative spearheaded by the Lions Club of Tortola.

Principal Huggins received the keys at a handover ceremony held on Tuesday, February 9.

According to the President of the Lions Club, Kedrick Malone, the donation was a collaborative effort between the club, the West Indian Association of Bermuda (WIAB), the Ministry of Education, Culture, Youth Affairs, Fisheries & Agriculture and the Ministry of Health and Social Development.

Through a fundraising drive, WIAB donated $20,000, while the Education Ministry contributed $9,000. The Health & Social Development Ministry also donate $5000 to assist with the purchase of the 2020 Toyota school bus.

Was difficult traversing without a bus

Principal Huggins thanked all the organisations involved in the donation and spoke on the significance of now having a designated bus.

She also recounted the many difficult times experienced after the school had lost their bus in 2017 due to the hurricanes.

“It was not fair for me to use my piece of old car to go with people children in the car to take them to different places. And I won’t talk about taxis. We are not a profit organisation and even though the taxi men try to be reasonable, they were reasonable indeed because we didn’t have funds at times to pay them, so this bus is going to come in and be very useful,” Principal Huggins said.

She added: “I know for a fact that this bus is not going to sit where it’s supposed to sit because most of our learning takes place outside the walls of the schools. Not chalk and talk, not writing, but outside and it’s because of Eslyn Henley we know more about the BVI.”

Principal Huggins also revealed that the establishment had a school vehicle when the school opened 49 years ago.

Huggins also thanked long-time school bus driver Kennedy Brown for his dedication of service of more than two decades to the institution.

“He was the school bus driver for about 22 years and you call that dedication,” she stated.