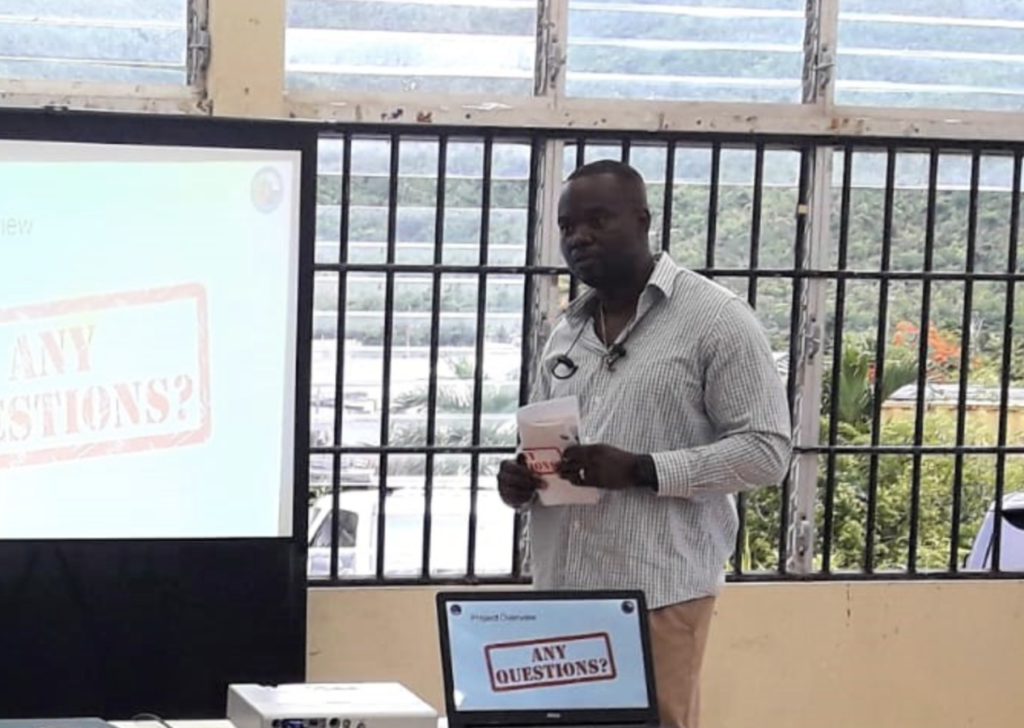 Deputy Director and Civil Engineer at the Public Works Department, Kurt Hodge said plans for the Carrot Bay Sea Defence System have taken into consideration the area’s eco-system and drainage needs as it combats the effects of any future hurricanes.

Speaking at a community meeting in Carrot Bay recently, Hodge said roughly two to three generations ago, a sea defence wall was created in Carrot Bay, and it stood up for many years and managed to do its job well.

However, the civil engineer said because of climate change, the weather pattern and storm patterns have changed, and the region has been encountering a lot of stronger hurricanes. He said this was taken into consideration when the engineers were designing the existing plans.

“One scope was what system could protect the roadway. This was the vital carriageway between the north coast areas that leave from one end of the island to the next and how we could protect the different properties in the areas as well as what we would like the system to take,” Hodge said.

“When the system was designed, it was designed in mind to deal with a category five hurricane. All the existing data DDM (Department of Disaster Management) has passed on to the engineer and they basically took that information when designing the system,” the civil engineer added.

He continued: “Another thing that was taken into consideration was the eco-system. We did not want to put something down that would damage the ecosystem, being that this is a fisherman’s village, and we all know the history of this village. So, we wanted to make sure it didn’t affect the ecosystem, the aquatic marine life in the area. So, the key thing is that when they create the system, it must be able to be integrated into the ecosystem and not cause any damage.”

The Deputy Director also noted special consideration was given to the drainage system in the area. He said the location of Carrot Bay along the northern coast meant there were not many drainage issues in the areas as most excess water runs out to the sea.

“We are not changing too much of the slope in this area. The most we are doing is adding a little bit more to the coastal area. So, drainage will not be much of an issue, but it was taken into consideration when this project was designed. It is important to note this project was designed by FDL Consult Inc and they are pretty much an engineering firm. They started in 2019 and completed in 2020,” Hodge said.

Hodge said the project will involve two main components, a gravity wall and a stone revetment. He said the wall will range from five feet to 10 feet in height depending on the area and about two feet in thickness. The Deputy Director said the goal is to offer protection to the roadway.

Hodge added that the stone revetment will go approximately 34 feet in the ocean and will be made up of one to three-tonne boulders.

“It will act as a breakwater system. The water is going to hit that system. If it penetrates, it is going to break against the gravity wall … If it somehow gets over it (the wall), it will hold everything intact,” Hodge said.