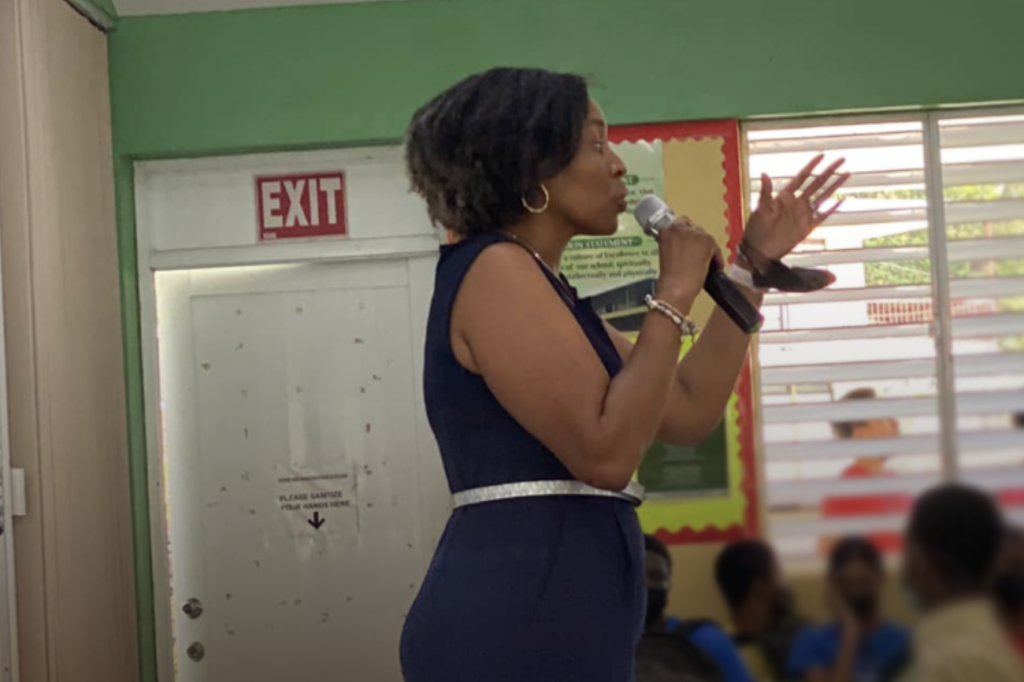 Executive Director of the BVI Chamber of Commerce and Hotel Association (BVICCHA) Keiyia Jackson-George said the new proposed increase in trade license fees will negatively impact business in the territory and may put the economy in grave danger as businesses are still recovering from several disruptive events that happened over the last five years.

Jackson-George noted that for many businesses, these proposed fees would be like a quadruple whammy because the port fees have been increased and several other government-related taxes have gone up. Consequently, the new proposed fees will be a new expense that some businesses cannot afford to pay.

“From the business standpoint, it is costing more to do business. What this means is it is affecting the consumer. When you increase the cost of doing business, it means the consumers are going to see an increase as well. When the consumer sees an increase and they are unable to meet that increase, that means the economy is going to suffer. The buying power of a dollar in our community is drastically decreasing. So, you are going to see some consumers asking for a liveable wage and in the current cost of business is nearly making it impossible,” Jackson-George said.

Gov’t trying to generate revenue but so are businesses

She said she understood the government is trying to raise revenue but added that businesses are trying to do the same.

The Executive Director, therefore, argued that increasing taxes and fees to generate revenues might not be the best solution.

The BVICCHA Executive Director said she is aware that some of the fees being imposed by the government need to be increased because they have not been updated for several years. However, she noted some businesses are still recovering from Irma and this hit from the increased fees will be damaging.

“Many of the businesses are still coming back from Irma and some the pandemic and some were affected by breaks in logistics meaning the cost to get goods here and then slammed by the increases as it relates to anything due to the Ukraine war which then increases the cost of gas and electricity. So, for the last five to six years. Businesses have been looking at increases,” she said.

“I think across the board the increases are just too significant. If one fee was normally $50 one time and the minimum now is $150, that means that the business is paying a 300% increase. Now some people might look at it and say it’s $50 to $150, just $100 more but a $100 more could mean paying somebody’s salary or paying a bill or paying the rent or something,” Jackson-George said.

She added that there needs to be a better partnership between businesses and the government to come up with an amicable solution that benefits everyone.

“I think it is more important to develop the business so when increases happen, it does not affect them so hard. Businesses are going to kick back a lot. They are not to the point where they can take these hits. So, instead of increasing fees, let’s develop the businesses. Work with the Chamber of Commerce. Give them some training, let’s give them support,” Jackson-George said.

“Let’s put together some grant aid and not only financial assistance but give them some technical assistance so that the grant aid they are receiving can benefit the organisation and not go through one hole and come out through the other,” she added.

Roll-out of new fees will be stalled?

The Executive Director noted she had a consultation with the Premier’s Office, and she was assured that the Business Licensing Act 2022 — the legislation under which the fee increases were proposed — might not be implemented right away.

“So, for me that is comforting. I am hoping to work closely with the Premier’s Office on this bill especially when it is active to reach the business community and get some feedback from them and work with the Premier’s Office to roll this out effectively … So, I am hoping once it is passed, it does not go into effect immediately and affect people next year because next year is going to be a pain,” Jackson-George said.

The legislation successfully passed in the House of Assembly last Thursday, June 16 and now awaits assent from the governor to become law.