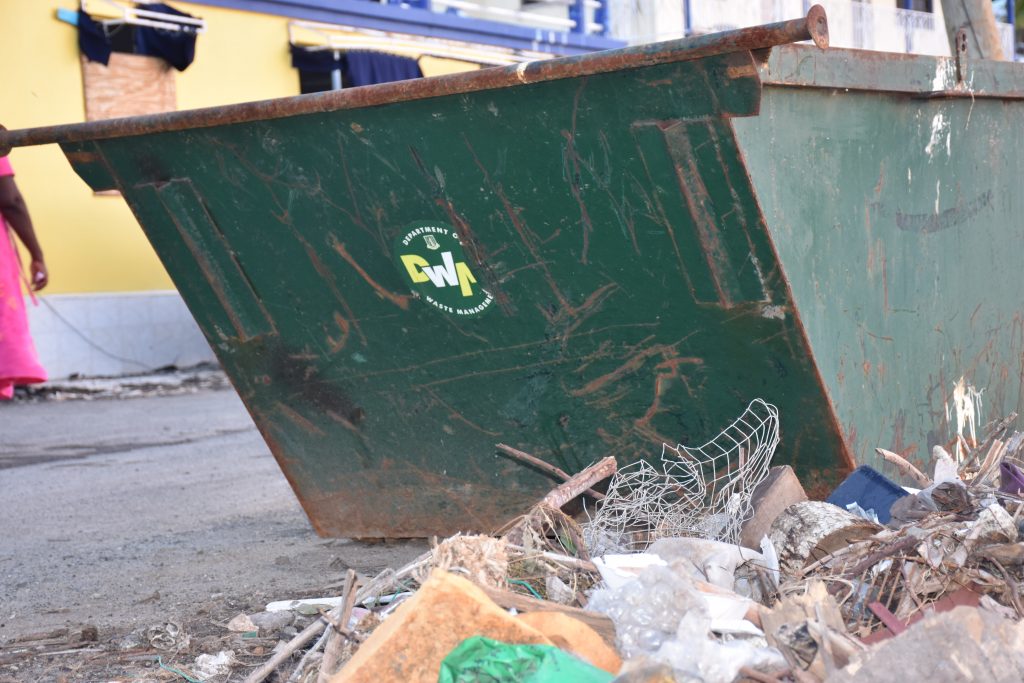 During Speech from the Throne address last week, Governor John Rankin said the government was working towards the Waste Management Bill and Plastic Litter Reduction and Container Deposit bill.

The Waste Management Bill which has been talked about since 2019, and was mentioned in the 2020 Throne Speech, is expected to be introduced in the House of Assembly in the upcoming legal year.

This forms part of the government’s comprehensive waste management strategy that will be backed by legislation to deter perpetrators from indiscriminate waste disposal in the territory.

The governor also mentioned legislations that will be brought to strengthen the legal framework for sustainable management of household waste, industrial waste, construction and demolition waste, and hazardous waste to protect health and the environment while improving the aesthetics of the Virgin Islands.

“The Plastic Litter Reduction and Container Deposit Bill will be introduced to reduce the use of single-use plastics; promote the use of environmentally friendly alternatives through economic incentives; reduce beverage container litter along roadsides, ghuts, coastal and marine areas, and on other public or private properties; and to also encourage recycling,” Governor Rankin said.

“The Plastic Litter Reduction and Container Deposit Bill will prohibit the importation, manufacture, sale and distribution of food and beverage service-ware made of non-compostable plastic as well as single-use disposable plastic bags that are non-biodegradable. The Bill will also grant exemptions from import duty on all disposable plastic bags and food and beverage service-ware made of biodegradable or other compostable material. It will also establish a recycling fund for the collection and disbursement of the proceeds of a levy on prescribed items,” he added.

Over the past several years, residents have been complaining about the widespread littering and improper disposal of waste in the territory. In November of last year, Minister of Health and Social Development Carvin Malone hit out against the recurring improper waste management.

He had promised residents to introduce legislation that would see fines being instituted for bulk waste dumping at unapproved garbage disposal sites in communities across the territory.