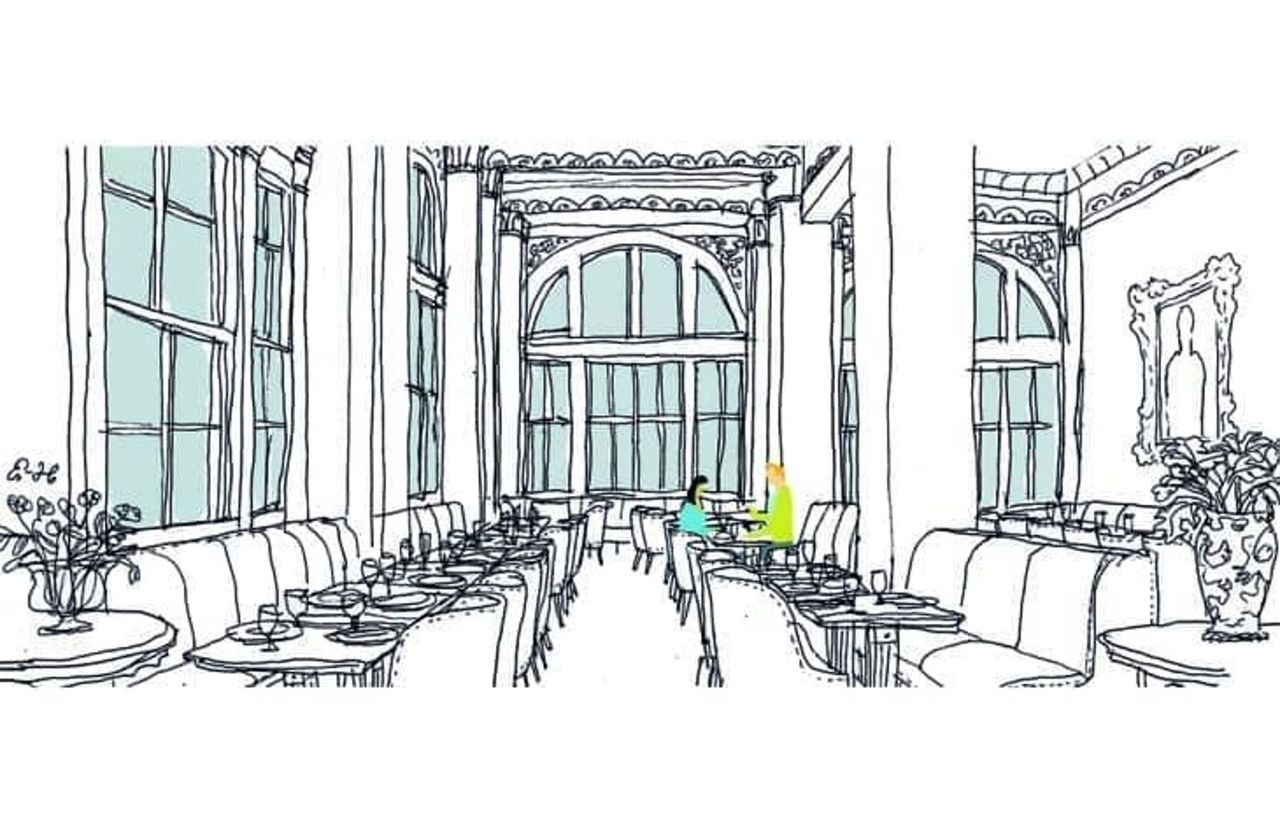 New York has become the city that never eats

Is there anything more extraordinary than dining in New York City? Whether you’re sitting down for the Michelin star experience of a lifetime at Le Bernardin or squeezing in at the counter of Vanessa’s Dumpling House on the Lower East Side ($1 a pop), the New York restaurant combines atmosphere with quality food in a way that few other cities around the world can match.
Every cuisine is on offer, 24 hours a day: and if you’re willing to do a little research beforehand, you can all but guarantee yourself a meal worth every penny. Under normal circumstances, cuisine competition between London and New York isn’t really a contest at all. Of course, London has its staples. And options have dramatically expanded in recent years; but from old classics — like the American Bar nestled in the Savoy Hotel — to new barbeque joints (like SMOKESTAK, out east past Shoreditch), many of its dining highlights have been inspired by — or lifted from — New York.

But if the Big Smoke’s restaurants have vastly improved in recent decades, they’ve still got nothing on the Big Apple’s — or, at least, they didn’t. Until Covid-19 came along.

Every major city saw its restaurant industry collapse during the pandemic. Dining out, particularly indoors, was, in both London and New York, one of the last things to return. While neither city’s dining scene has recovered fully, London’s comeback has been far quicker.

Just as it’s impossible to ignore how full and bustling London’s hospitality scene feels once again, it’s impossible not to notice how much quieter New York feels. The Omicron surge didn’t help things: New York City dwellers rushed out of the city in droves, dropping the city’s number of seated diners down to 70 per cent below pre-pandemic levels.

But even on a visit in mid-February, the buzz (and the people) were still missing. From bistros around Grand Central Station to dimly-lit French restaurants in Brooklyn, the tables were empty and the ambiance slightly eerie. It’s a strange feeling, to miss the strangers that used to be crammed into tables and booths next to you. But their absence is acutely felt. Compare this to London, where people are back to spilling out of the pub into the streets.

Where tables are sparse, it’s not due to lack of customer demand, but a lack of staff. The labour crunch is a shared problem in both cities, created by the shutdown of economies and the outflow of service industry workers that has put further strain on the hospitality sector. For customers, this means longer wait times and slower service, but for restaurant owners, it means finding the extra cash for wage boosts to entice workers back: in New York especially, these costs threaten to make or break establishments. According to Eater New York, an online dining guide for the city, some 1,000 restaurants have already folded in New York since the pandemic first hit, with estimates that the unofficial figure will run far higher.

The staggering difference between London’s bounce-back and New York’s freefall can, in part, be explained by how the respective governments responded to the plight of hospitality at the height of the pandemic. Neither New York State or the federal government offered anything like Britain’s furlough scheme, which allowed restaurants in the UK to hibernate their employees and spring back as soon as restrictions were lifted.

But perhaps the biggest difference wasn’t what either city’s officials did at the start of the crisis, but the decisions that came after.

When vaccine passports were being debated last summer in Britain, groups like UK Hospitality came out against them, citing not just the bureaucratic hurdles restaurant owners would need to jump — like implementing checks at the door — but how vaccine certification might usher in a change in consumer behaviour, turning people off the restaurant scene altogether.

In London, the debate was won, and vaccine passports were never brought in for dining. But New York became the case study of what happens when you do introduce them — and how badly wrong it can go.

Proof of vaccination for dining inside was brought in last summer and became more onerous as months went on. By Christmas this year, all children over the age of five needed at least one Covid vaccine dose to be allowed inside at a restaurant. Fines were threatened if restaurants didn’t comply, so checks were taken seriously. Not thinking twice about it, I brought my proof of vaccine along to a downtown restaurant right before New Year’s, but was asked to show a photo ID as well as my certificate. Having left it back at the hotel, I managed to get away with it — just — by matching my credit card details to my proof of vaccination.

After a string of lawsuit threats and restaurant closures, Mayor Eric Adams scrapped New York’s scheme at the beginning of March, a great relief to the thousands of restaurants just trying to survive. With the Omicron wave having settled, and onerous restrictions lifting, its residents are hoping the city can enjoy a new lease on life. ‘My Covid-worried friends made a reservation for us to sit inside our favourite Italian joint,’ one New Yorker tells me. ‘It’ll be the first time in over two years.’

When I last wandered around the city I tried to stop by one of my favourite spots, Bar Sardine, in the West Village: not much on the outside, but some of the best cocktails and tostadas around. To my horror, but not surprise, it had closed. One of the many restaurant casualties of the past few years.

Still, I’m not ready to hand the food title over to London just yet. As restrictions lift, and life finally returns to normal, the best parts of New York City are bound to return. And they must: it’s the city that never sleeps, not the city that doesn’t eat.
#COVID-19  #vaccine  #Covid
Add Comment