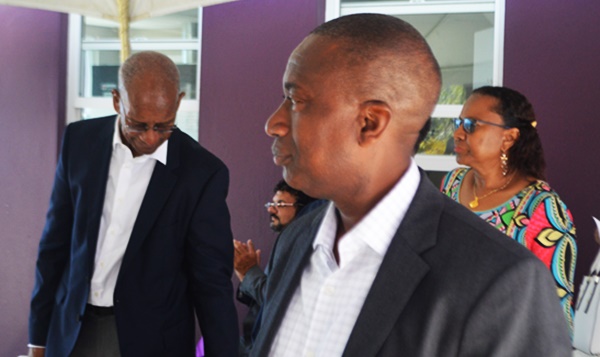 Appearing before the Standing Finance Committee (SFC) late last year, Barry said the distress is as a result of having to pay for government-funded individuals (persons whose medical insurance is funded by the government) when they access healthcare at private facilities even though the NHI is not receiving monies for their care.

Barry told the SFC there is a partnership between NHI and the BVI Health Services Authority (BVIHSA). Explaining the details of partnership, Barry said the NHI receives an annual government subvention of $42 million which is transferred to BVIHSA with the intent to fund services for the government-funded individuals.

Consequently, the NHI does not have the authority to mandate where government-funded individuals seek medical care and many access services from private facilities, whether locally or overseas, and NHI is responsible for paying for the services received.

According to Barry, as of the end of October last year, the NHI paid $3 million for the care of government-funded individuals at private facilities.

Meanwhile, Third District Representative Julian Fraser said he, like other members, receives requests for medical assistance from the public, and questioned why government-funded individuals continually seek care at private facilities instead of public facilities.

Fraser requested clarity on whether the trend is due to the limited offering by the BVIHSA. Barry then replied that the determining factor on where individuals seek medical care is usually a matter of user confidence.

Barry explained that when looking at services in the territory, they compare the offerings by BVIHSA to the Bougainvillea Clinic/Hospital.

He highlighted that while the BVIHSA continually transfers patients overseas for minor surgeries, Bougainvillea continuously improved its services and capacity and recently had its first open-heart surgery.

Why is BVI transferring patients overseas for minor surgeries?

The Deputy Director said the NHI receives many questions from Puerto Rico and continental US facilities about why patients are being transferred for minor surgeries.

Barry explained that current legislation does not give authority for NHI to intervene in where patients seek medical care.

He further explained that NHI submitted recommendations to amend the legislation, and said one of those recommendations was to penalise government-funded individuals choosing to seek medical care at private facilities.