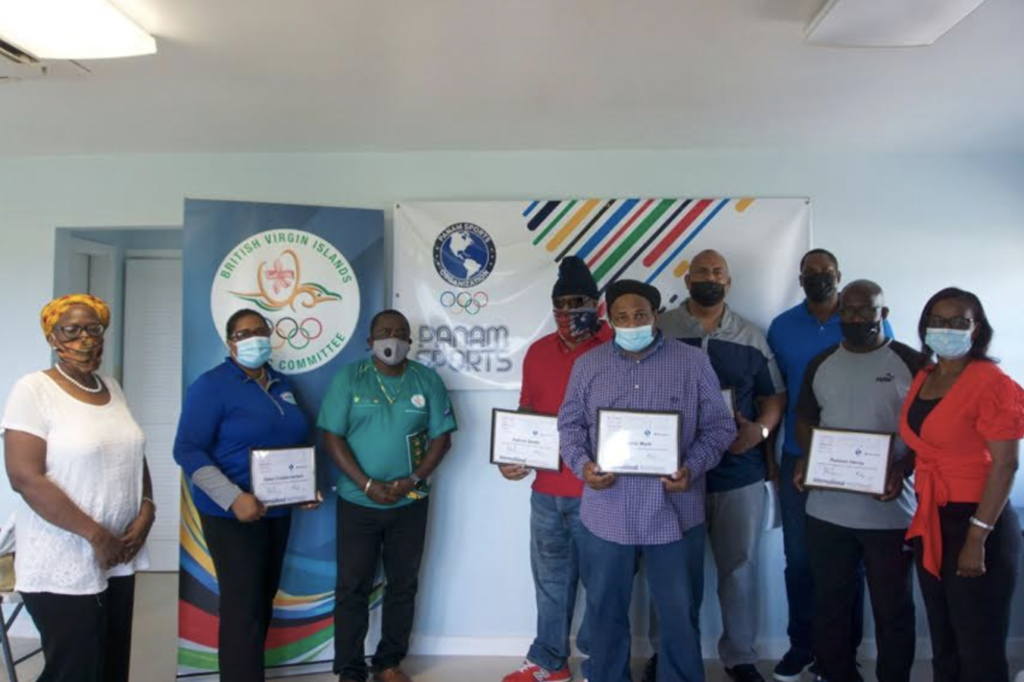 Nine persons from across the British Virgin Islands have officially been certified in the Long-Term Athlete Development (LTAD) programme, which provided coaches with the ability to successfully identify and develop young talent.

The programme which was completed over an eight-week period via a webinar series was hosted by Panam Sports. It is a conceptual research-based framework for the development of young athletes in sport.

The underlying aim of the LTAD framework is to match the coaching and development of children, to their physical and psychological growth and so optimising both their enjoyment and training.

They all received their certificates from members of the BVI Olympic Committee (BVIOC) on Thursday, December 17, during a specially held ceremony.

Speaking to BVI News following the ceremony, President of the BVIOC Ephraim Penn gave insight into how the skills will be utilised in the territory.

“We are trying to use this programme as a basis to identify our new cadre of athletes so that we can continue to have athletes for the British Virgin Islands at the highest level. The other aspect is we have community-based programmes where we try to get as many persons in the country physically active,” Penn explained.

He added: “The goal is to continue working with the Ministry of Health and the Ministry of Education to do a community-based programme using these newly trained persons to help in the implementation of that programme, as we are trying to combat obesity and other diseases in the country.”

Penn also spoke about the developments of the pilot programme which commenced in 2014 when the BVI was one of seven countries enrolled to undertake the initiative.

He said the success of that programme which requires two years of training led to the BVI being entered into a second phase, which was deferred following the 2017 hurricanes.

“That was funded by Caribbean Association of National Olympic Committee and Canada Sports for Life … So we had a second phase of the project that was due to be started September 2017 where we were targeting the pre-primary and primary school, and you know what happened in September of 2017; so everything got blown away,” he stated.