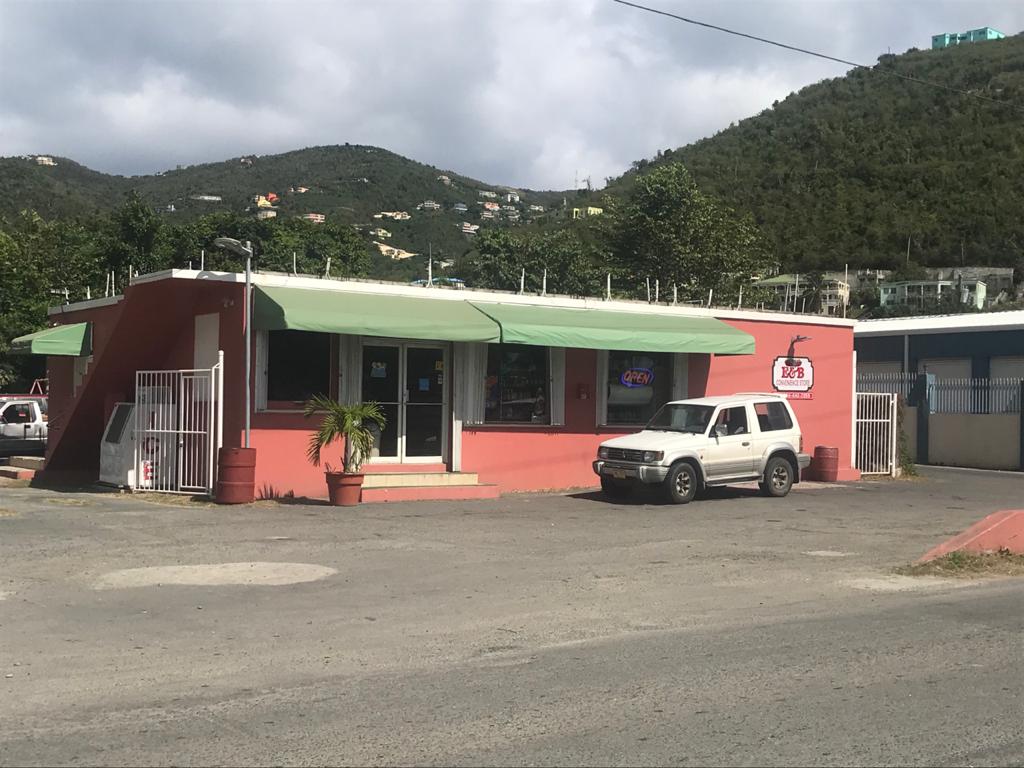 Twenty-two-year-old McNamara resident Shadrach Thompson has been denied bail for his alleged involvement in the robbery of the E&M Convenient Store in Palestina on Tortola.

The accused man, whose fingerprints were allegedly found at the scene, was not made to plead when he made a virtual appearance before Magistrate Christilyn Benjamin on Monday.

This is because the offence for which he is charged is indictable, meaning it will be heard before a judge and jury at the High Court.

Magistrate Benjamin explained via the Zoom sitting that in the court’s assessment of the case, she believed that the evidence against Thompson was compelling.

She also said Thompson’s alleged accomplice has not been apprehended by the police and remains at large.

“The court will not be minded to offer any bail, and a conviction in this matter is quite likely,” the Magistrate reasoned before denying bail.

The Crown had also objected to bail given what it described as the seriousness of the offence and in light of forensic evidence against him.

The court heard that shortly before closing time on March 24, the cashier was at the checkout counter and another employee was in the aisle restocking shelves when two armed men wearing dark entered the store.

One of the robbers was wearing a pair of dark gloves, the court heard.

It is alleged that, upon entering the store, the first robber pushed open the door with his bare hands and with a loaded firearm, headed to the counter brandishing the weapon and demanded money from the cashier.

The employee complied and opened the cash register and stepped back while the robber filled his pockets with cash.

Meanwhile, the second robber followed another employee to the back of the store, and while pointing a firearm in his direction, snatched a gold chain that the employee was wearing around his neck.

One of the robbers reportedly attempted enter the back of the store, but the door was locked so he returned to his accomplice who was still at the cash register.

The glove-wearing robber then attempted to wipe his accomplice’s fingerprints from surfaces he had made contact with. They made off with roughly $300, the coin tray and the chain, which had an estimated value of $400.

The court further heard that the robber who was not wearing gloves, pushed the glass doors with his bare hands while exiting the store.

A report was made to the police and investigations commenced.

Footage from Closed Circuit Television cameras was recovered. The crime scene was also processed and fingerprints of the bare-handed bandit were lifted.

On April 16, police conducted an audiovisual interview with Thompson on suspicion of being part of the robbery and the allegations were put to him. He reportedly denied them, the court heard.

Thompson reportedly claimed that he did not go to the store when the incident occurred, nor had he been there in recent times. He also denied any knowledge of the incident, the court heard.

He was subsequently charged.

During his first appearance, he told the court that he would like to plead guilty to the offence and revealed that he robbed the store because he was unemployed. He was, however, advised that he will have an opportunity to plead at the High Court.

Thompson, who is unrepresented, is scheduled to return to court on May 28.
Add Comment