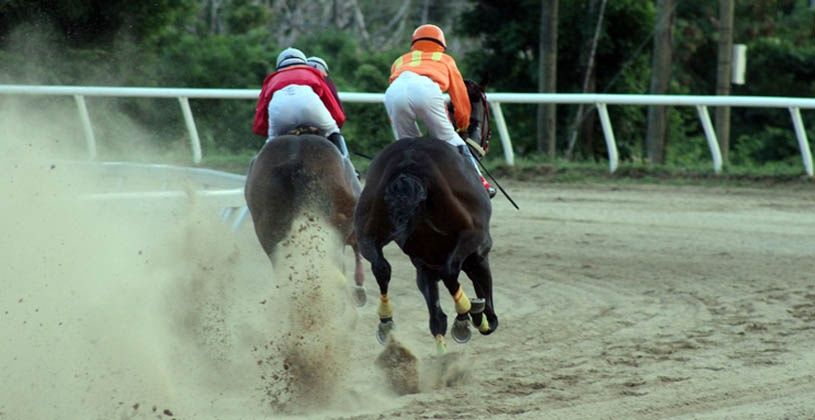 No Boxing Day Races This Year

President of the BVI Horse Owners Association Mr. Lesmore Smith said the traditional horse racing at the Ellis Thomas Downs on Boxing Day will more than likely not be happening this year.

Mr. Smith told BVI Platinum News on Tuesday, November 23, that there were a number of reasons why one of the biggest events on the horse racing calendar is off.

“We don’t have horses,” he replied as one of the main reasons behind the decision.

“So yes I would say there won’t be any races for the rest of the year but I am hoping that when the year turns we could get things going again and see how best we could rejuvenate it,” he said.

He informed that he has been trying to source a few horses from Puerto Rico however he has been told that it is impossible because that island “they step up the game”.

Smith further explained that between five and six horses belonging to local stables have been shipped to Puerto Rico and the US mainland “because there was nothing happening here.”

“They put them there to join races so they could make money; you cannot just be feeding horses like that all the time. In total, we probably have about four horses on the track.”

Two of the four remaining horses that are currently in the territory belong to him and he explained that he did not have them shipped elsewhere because “I was hoping to get the races to come back but it is taking too much out of me, it didn’t work out.”

In the meantime, Mr. Smith said another major blow for the sport was the fatal shooting of two major players – Mr. Rodney Simmonds and Mr. Earl ‘Bob’ Hodge– impacted negatively on the sport.

“We lost those two guys who would be able to make an impact in the sport, so it even take it a bit further down in terms of recuperation and the right people to help to bring it back so all those things took place.”

The event is known to be a major lure for residents and visitors alike.