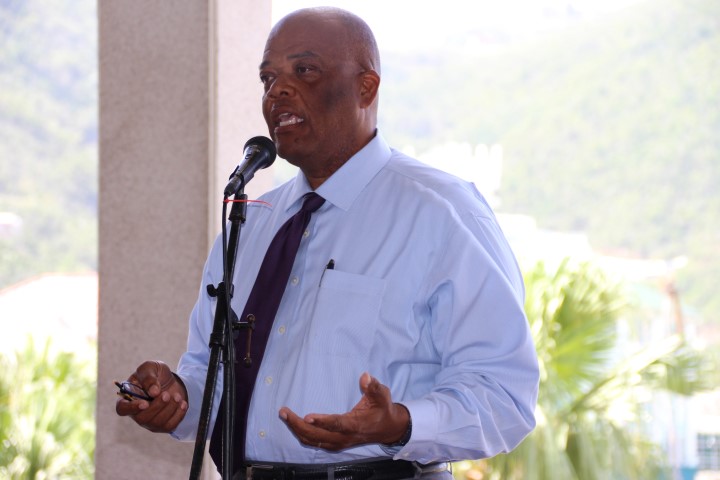 Former Chairman of the BVI Tourist Board, Russell Harrigan reportedly did not provide any cooperation during the Office of the Auditor General’s probe of the controversial BVI Airways deal.

Auditor General Sonia Webster said her office contacted Harrigan on multiple occasions but received no reply throughout the life of the audit, which lasted roughly one-and-a-half years.

“Mr Harrigan was sent emails on the 23rd and 24th of May 2019 requesting his cooperation. A letter advising of the audit and requesting him to contact us was hand-delivered to his offices at Oysters [Global Marketing Group]. We received no response,” Webster said while responding to questions from BVI News on Friday, June 5.

“We also attempted to reach him by telephone for a possible interview, but this was unsuccessful,” she further told our news centre.

Harrigan is said to be one of the players involved in the flopped $7.2 million BVI Airways deal and had official meetings with operators of the controversial airline on at least one occasion, the Auditor General’s Office said in its January 2020 report.

Similarly, former Premier, Dr D Orlando Smith said back in July 2018 that his administration was convinced that BVI Airways was reliable because of some government affiliates such as Harrigan who had endorsed the airline.

Our news centre’s efforts to reach Harrigan for comment were also not unsuccessful up to publication time.

Restrictions of the audit

Harrigan, in the meantime, was not the only player who the Office of the Auditor General had trouble getting in contact with.

Noting the restrictions faced while conducting the audit, the Auditor General said in her report that requests for interviews with the Chairman of the BVI Airways Board, Scott Weisman were also unsuccessful.

A full criminal investigation has now been launched into the failed BVI Airways deal which cost taxpayers $7.2 million.

The previous Premier Smith-led National Democratic Party government had given the airline that sum to commence direct flights between the BVI and Miami in the United States. BVI Airways has not delivered.
Add Comment