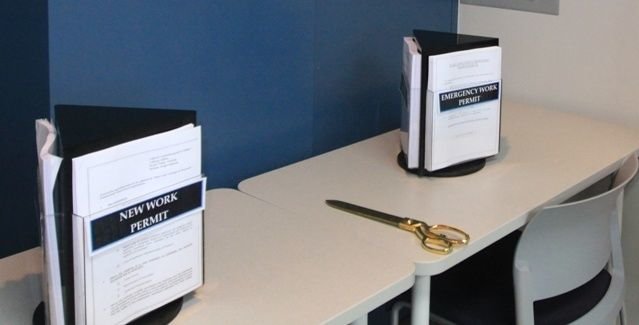 The Government of the Virgin Islands is informing the public that with immediate effect, persons on work permit and work exemption holders will not be permitted to enter the British Virgin Islands at this time as the cautious and restricted opening of the Territory’s borders continues.
In a statement, the Government will continue to follow the protocol for the Controlled Re-entry of Nationals and Permanent Residents to the Virgin Islands during this COVID-19 Pandemic.

"The public is urged to continue adhering to the social distancing guidelines, wearing of masks and washing of hands. Additionally, persons are encouraged to call the medical hotline at 852-7650 if they exhibit any condition related to COVID-19," the statement noted.

On Saturday, The Government announced that confirmed test results received on Friday, that a new case of COVID-19 had been detected.

It was the Territory's ninth case. The person, according to Minister of Health, Hon Carvin Malone, recently returned to the Territory from abroad and is being kept under quarantine, in a Government contracted facility, in line with the Restricted Border Re-opening Protocols.

While the patient remains in isolation, testing will be repeated seven (7) days from the first positive result, and again repeated until two negative laboratory tests have been recorded.

"It comes as no surprise that the reopening of the Territory’s borders would lead to the importation of new cases, which is why we have proactively put various Public Health measures in place to deal with such an eventuality. Several countries are currently grappling with increasing case counts, some of which have been linked to legal or illegal immigration," Hon. Malone stated.