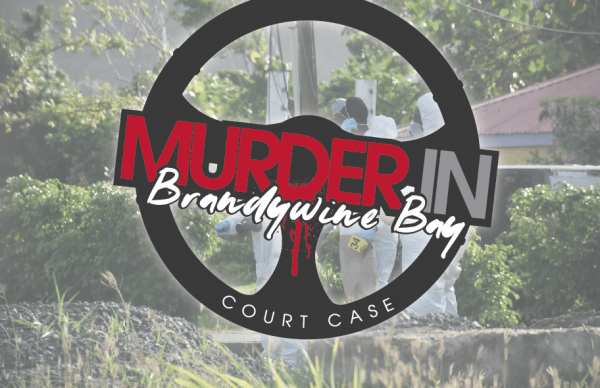 The police have not determined a motive for the February 2018 murder of Truymayne ‘Passion’ Daway.

This was revealed last Friday as the Prosecution closed its case in the trial for the three persons accused of killing Daway — Rafael Harrigan, Vernon Bernard, and Maybelline Rodriguez who the Crown previously described as the “honeytrap” used to lure Daway to his death on the day in question.

During cross-examination of one of the Crown’s witnesses — Detective Inspector Jumo Shortte –, Bernard’s attorney Richard Rowe noted that the police tried to ascribe a motive of jealousy between Bernard and Passion.

However, Rowe highlighted that evidence from Daway’s family members in the earlier parts of the trial indicated there was no bad blood between both men.

No evidence places any defendant at the scene

While noting that the police has not come up with a motive, Detective Inspector Shortte also said there was no eyewitness, DNA or fingerprint evidence to indicate any of the defendants were present at the scene of the crime.

Rowe, who proceeded to poke holes in the Crown’s case, asked the witness if the items recovered from the crime scene — including a used condom, a condom wrapper, a piece of toilet paper, a baby wipe, and a plastic bottle — would be crucial for forensic evidence. In response, Shortte said it would be good, but he did not know if they were tested for DNA or fingerprint evidence.

Shortte also testified that although three of 10 fingerprint samples that were sent abroad were viable for comparison and verification, he was not concerned that they did not match any of the three defendants as he always sees things like that happening.

Only one fingerprint recovered from the vehicle matched one of the defendants — Harrigan. None of them matched that of Vernon Bernard who was also sent for verification.

Shortte noted that it was possible the three unidentified prints could have been someone else and that person could have stolen the vehicle.

Rowe also questioned if robbery could not have been the motive for Daway’s death. The attorney said previous testimonies from Passion’s family indicated he was wearing some rings and a chain when they last saw him on the night of the eventual murder.

Rowe said none of these items, except a hand chain, were found on Passion’s body when it was removed from the scene. The witness said it was possible.

Was gun seen in video real?

Meanwhile, Bernard’s attorney asked Shortte if he was certain the video recovered from Maybelline Rodriguez’s phone from WhatsApp messages between him and Bernard was that of a real gun. Although the witness testified that it was real, Rowe indicated he could not possibly say for certain and that he, Detective Inspector Shortte, would be speculating.

The attorney questioned if the video was shown to the force armourer to ascertain if the gun in it was real and the witness indicated it was not. Shortte also testified that he was uncertain if the gun in the video could commit a felony. However, he said given the context of the investigation, the gun was real.

Defence Counsel Rowe then said that given the context of the investigation, the police have ascribed a realness to the video without certainty. He reiterated that the witness was speculating and if he cannot be sure about the realness of the weapon then he cannot expect the jury to be sure either.

Shortte also testified that he was unable to say where the video originated from. He said it was possible that the video could have been a copy of a video taken from the internet or elsewhere.

Were text message definitely about Daway?

Finally, the witness noted that the WhatsApp messages between Rodriguez and Bernard did not specifically mention Passion’s name. Rowe pointed out it mentioned a ‘black boy’ which another witness had testified was the name of another person who worked at the car wash.

Shortte said that based on the description given in the message, as well as certain context, it was determined they were speaking of Passion. However, Rowe indicated that nothing was explicitly stated about Passion in the message.

He also noted there was no indication in the weeks leading up to the message that Rodriguez was to meet Daway as the crown had stated.

The witness indicated this was true.