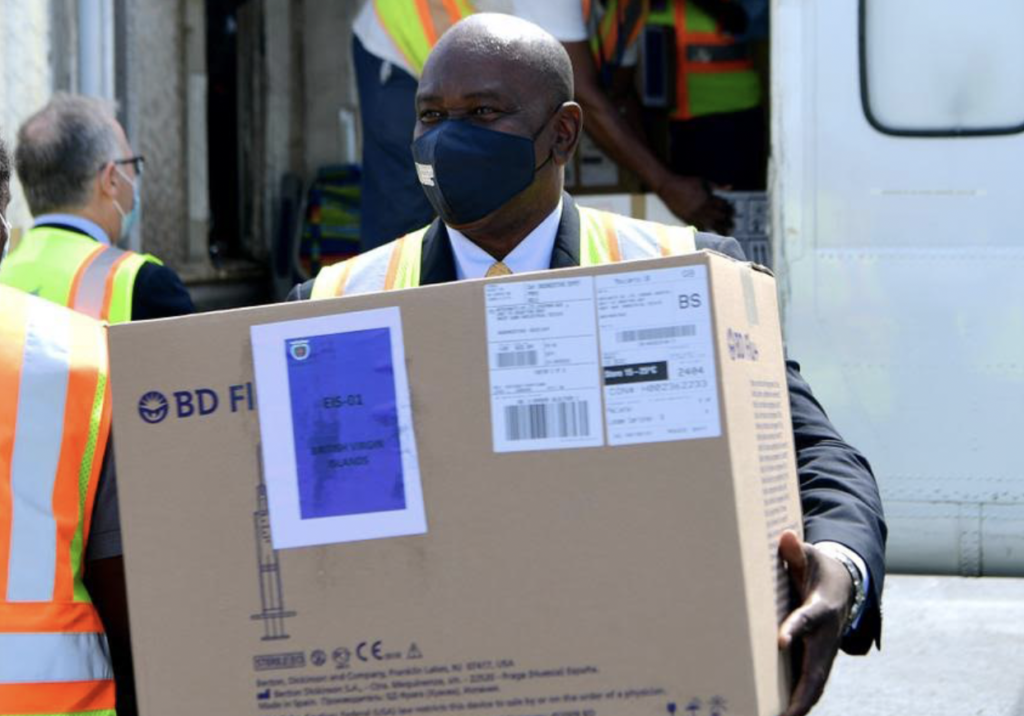 Health Minister Carvin Malone has announced that vaccination centres across the territory will be temporarily closed as of March 4 as the territory waits to get the next shipment of COVID-19 vaccines which has been pre-ordered.
The Minister said just about a half of the 8,000 Aztrazeneca units donated by the United Kingdom have been administered.

And instead of giving the remaining 4,000 to new residents, the government will be saving these jabs for persons who’ve already taken their first dose.

Minister Malone said this will be done because the government initially promised to reserve the second dose for those persons who take the first jab.

“We have the situation where the other shipment was due on March 3 and it is now being delayed to March 17. So we made a promise to everyone taking it that we would have the second dose reserved. When the other shipment arrives, we will then disperse, and we will continue in that regard so that anyone taking it will not risk, for any reason, this being done,” Minister Malone explained.

He said although persons are encouraging the government to continue the inoculation programme, the government will not heed this advice as it would rather keep the initial promise made to the people.

He continued: “We are now to a point where we had to make a decision on where do we go? The other shipment is not due until March 17. We are being encouraged to continue to roll it (the Astrazeneca vaccine) out, but the fact remains that if it is not here, then we would be breaking that promise that we made.”

Furthermore, the Minister said some problems could further prevent the March 17 arrival of the new shipment.

“At the end of the day, we know that there are issues on hand when it comes to the AstraZeneca and the supply chain. There are challenges and we do not want to fall into the particular situation where the second dose is being called upon for anyone who received it and they don’t have it,” Minister Malone explained.
#COVID-19  #vaccine  #AstraZeneca  #Covid  #Vaccines
Add Comment