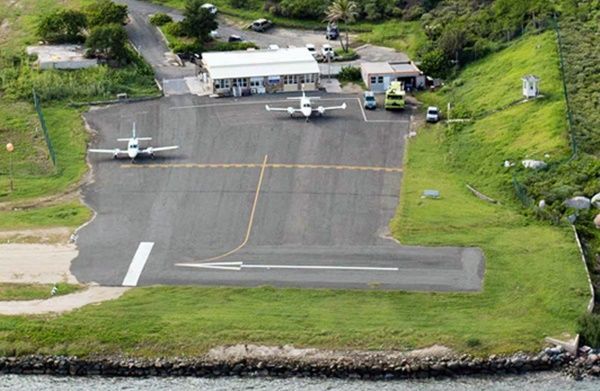 The BVI Airport Authority (BVIAA) has made it clear that it will not tolerate or be sympathetic with pilots turning up at the Taddy Bay International Airport in private single-engine planes unless those planes are commercial flights.

On Tuesday, November 23, 2021, pilots Eric and David Zipkin safely landed a single-engine aircraft, a Pilatus PC-12 operated by Tradewind Aviation at the Virgin Gorda International Airport at Taddy Bay, as the first aircraft to touch down as the airport reopened after being out of commission for some years. 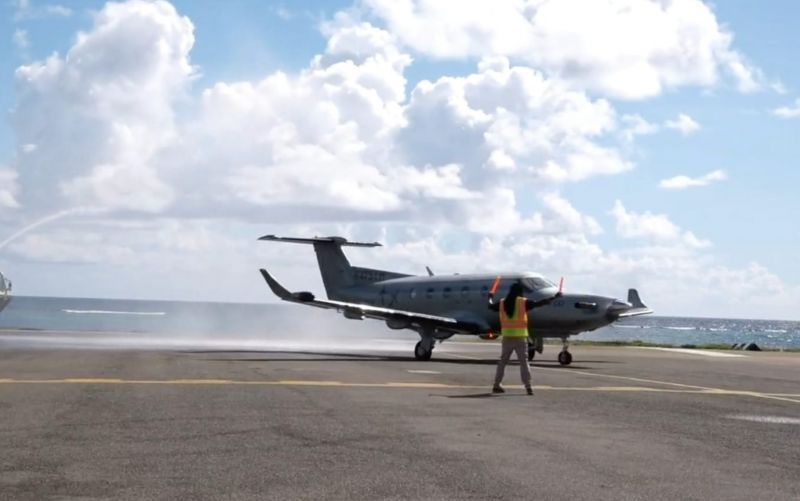 On Tuesday, November 23, 2021, pilots Eric and David Zipkin safely landed a single-engine aircraft, a Pilatus PC-12 operated by Tradewind Aviation at the Virgin Gorda International Airport at Taddy Bay, as the first aircraft to touch down as the airport reopened after being out of commission for some years.

However, when Acting Director Mr Smith took to the microphone to give remarks, it was revealed that the only single-engine planes that would be permitted to land there are commercial flights.

According to Mr Smith, “For some time, the BVIAA has worked with our regulator, Air Safety Support International, to lift the single-engine restriction on flights into Virgin Gorda. The decision to lift the restriction was based solely on a safety record of these and similar aircraft as well as rigorous monitoring requirements by regulators to ensure that the operation is safe for the travelling public.”

“This does not mean that anyone flying a single-engine aircraft can turn up to Taddy Bay and request permission to land. Only commercial operators that have satisfied the specifics of the Governor’s instruction will be allowed to use the aerodrome,” he said.

However, acting Deputy Director of the BVIAA Mr Keith L. Flax has shared a difference in opinions regarding Virgin Gorda airport as a dangerous place to fly, into stating that the notion is ’nonsense’.

“The people who are saying that it can only be used now by commercial operators, aircrafts such as the one we are looking at, probably have never flown in here as a pilot and that saddens me because many days I use to get up and say I am going to Virgin Gorda for lunch and just fly over,” he said.

“Five minutes I am back home once I leave here. Such a joy and the pilots would attest to that, it’s the man behind the control,” Mr Flax said while recalling that he flew into VG on Cessna 172s and 150s.