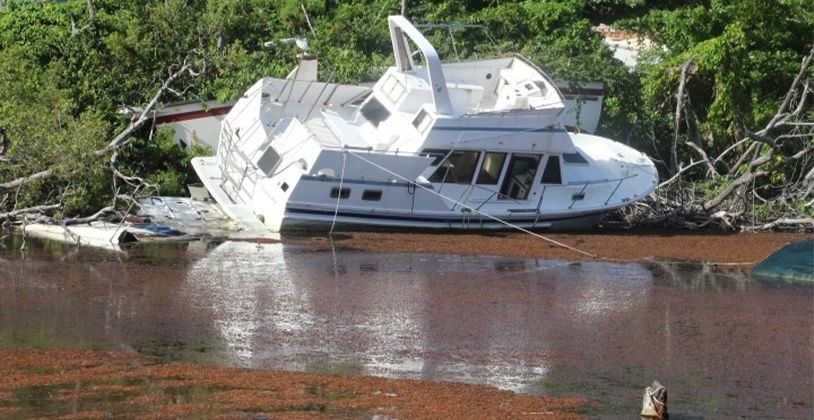 Minister for Natural Resources, Labour and Immigration Hon. Vincent Wheatley has disclosed that while it is necessary, there are no funds available to remove the remaining derelict boats still an eyesore across the territory following the 2017 hurricanes.
“The boats have to go but it is not a cheap venture. It is costing several million dollars and at this point in time, to avoid deficit spending we cannot go into it right now, but it has to be done. We have no funding right now sadly, we have no funding,” he said to members of the media during a recent press conference.

Meanwhile Premier and Minister for Finance Hon. Andrew Fahie chimed in, stating that the project had to be stalled because of the ongoing pandemic.

“It is something that will be done eventually into the next year, the funding wouldn’t be in the budget right away but we will find funding for it during the year.”

He continued: “But let us not fool ourselves, we have something that happened named COVID-19. We are not in regular times and when I stated clearly that to avoid deficit spending it is easy right now to see what all that needs to be done and it seems like we gone back to regular but we are not. COVID-19 is still out there and a lot of funding that had to be expended to keep us safe, so it takes a lot to keep a country running.”

Premier Fahie said while his administration is aware of that issue and other areas that require attention, funds are limited at this time.

“When you don’t have as much money as you had before COVID-19 coming into the coffers you now have to find how to make sure how to get as much bang for the buck that will benefit the people of the Virgin Islands and as you move forward and the economy continues to go into overdrive and more money becomes available then you can start to allocate more money to do certain things.”

He said at the moment the government is pumping a lot of money into making the education sector back up to par.

“So when you weigh that against some of the other areas it is a matter of prioritizing and it is not that one means more than the next but you have to prioritize and every single leader even the UK is faced with this right now.”

Premier Fahie told reporters that they have moved some of the boats out, "So it isn’t that we haven’t started, we had to stop during the COVID-19 era and reallocate some of those funds to the more urgent need of keeping our people safe from COVID-19."
#the Virgin Islands  #COVID-19  #Fahie  #Covid
Add Comment