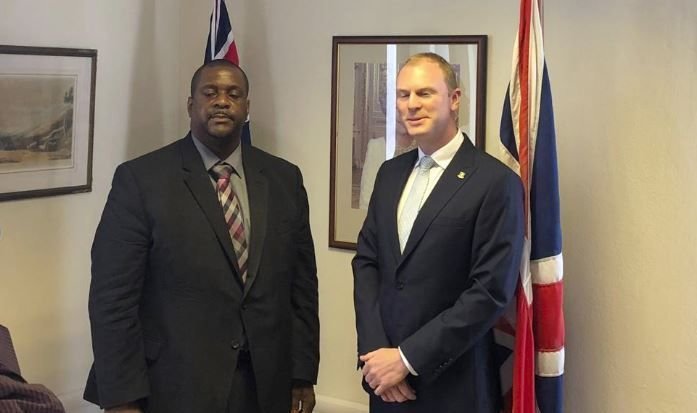 The democratically elected government of Premier and Minister of Finance, Hon Andrew A. Fahie has made it clear to the United Kingdom non-democratic (appointed) Governor, H.E. Augustus J. U. Jaspert, aka 'Gus' that no military advisers or intervention are required as the territory protects its borders as part of its COVID-19 response measures.

In an update yesterday, Friday, May 8, 2020, on measures being implemented for the pandemic, Premier Fahie noted that we must continue to "respect what is in our DNA as people of the Virgin Islands."

He said, the good behaviour around the territory's borders and land, coupled with the fine work that border protection authorities such as Customs, Immigration and Police have been doing, "has shown that together we will always achieve more".

Keep the British military out

In addition, the territory's head of government continued by stating that their joint efforts have allowed him as Premier from "ever having to do like other countries had to do because of their situation."

He said that includes requesting military assistance to restore law and order or plan for potential disorderly conduct of any high level.

It is our news centre understanding that the United Kingdom through their representative, Governor Jaspert has offered military assistant to the Territory.

While on a special edition of 'Honestly Speaking' hosted by commentator Claude O. Skelton-Cline on Friday, May 8, 2020, Commission of Police, Mr Michael B. Matthews, agreed with the Premier that no military intervention is needed.

However, in what many social commentators regarded as 'double talk' by the British Top Cop, the commissioner claims that because it is free, the VI should take it.

Many social and political activists have alleged that Governor Jaspert is seeking another route to take over the country having been sidelined in the COIVD-19 pandemic efforts, even as the government has been on the forefront of the battle.

The elected government of Premier Fahie with the strong support of his Deputy Premier and Minister for Health and Social Development Hon Carvin Malone (AL) and the Cabinet have been praised locally, regionally and internationally for the extraordinary job in keeping the VI safe from the Coronavirus and maintaining low numbers.

Due to this, many have concluded that an unelected British Governor is now unnecessary and it is alleged that Mr Jaspert is desperately seeking ways to remain relevant.