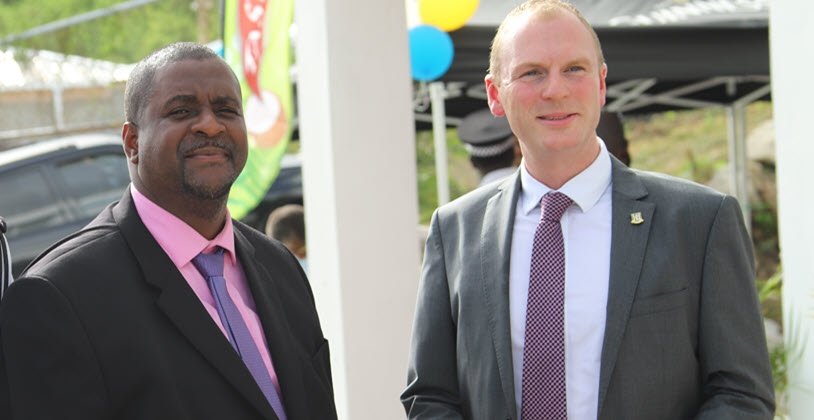 While avoiding the mention of the Governor, the Premier spoke at a public meeting on the loan guarantee that was held at the Eileene Parsons Auditorium on August 20. He told the gathering that one of the issues in the matter is a differing of the interpretation of the Constitution.

In making one of his indirect references, the Premier said, "Your Government has had some challenges with the interpretation of the Constitution with those who are the keeper of the Constitution for those in the UK--the local door keeper. We see it that it is clearly defined--we have a major role to play as the elected Government and we have to ensure that we coexist, but we don’t interfere with each other's roles. It must be clear."

While not stating directly that there is a disagreement with the Governor, the Premier mentioned a need for the respect of the varying roles to avoid certain issues.

He said, "We must complement, not compete or dictate to each other’s role. Until that respect is clearly demarcated, it will continue to have some unnecessary bumps."

As he noted his decision to bring the matter to the public, Hon. Fahie explained that his Government members were telling him to speak out before.

"Those who know me know that my side has been asking me to come public for quite a while on a few things. I told them I don’t want a public debacle, but I also know that you have to come and let the people know certain things after a certain point."

In relation to sorting out the matter of the loan guarantee and renegotiating with the UK, the Premier said, "I intend to be respectful to everybody that I deal with."

In his discussions with the UK, as he seeks to renegotiate, Hon. Fahie said that he intends to be respectful and possible discuss it over tea.

"All we're saying is that we're respecting you as the country that is over us. I'll never disrespect anyone, but we need to have mature conversations, because if it is a partnership, you don’t give me what you think is best for me or I give you what I think is best for you. We sit down and we communicate with each other and come up with what’s best for each other. That's what a partnership means for me. Not from the definition that I am seeing based on other things," the Premier added.