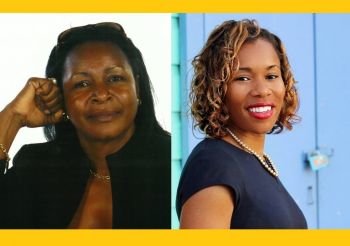 Nona Vanterpool-Bonelli Out. Shaina M. Smith In! as BVICCHA Chair

Electrical engineer, politician and businesswoman Shaina M. Smith has assumed the position of the Interim Chairperson of the BVI Chamber of Commerce and Hotel Association (BVICCHA), following the resignation of elected Chairperson, Nona Vanterpool-Bonelli.

Vanterpool–Bonelli was elected Chairperson late October 2018 and, according to our reliable sources inside the organisation, she quit in September. Smith assumes the position pending elections.

While efforts to secure comments from Vanterpool-Bonelli were not successful, Smith confirmed the resignation to Virgin Islands News Online today, October 14, 2019.

With Smith at the head of the organisation, the position of President of Business- previously held by Smith- is vacant and the BVICCHA is inviting persons to apply for the position. The position of Treasurer was also advertised in a post dated October 6, 2019.

The Interim Chairperson, on taking up the position on October 1, 2019, thanked Vanterpool-Bonelli for leading the charge as the Chairman for the first year of the current term as they look forward to her continued support as a General Director.

Responding to the many questions of what’s happening with and within the BVICCHA, Smith said, “We have been in a rebuilding mode since the 2017 storms and are now poised and ready to serve our membership and the VI business community with a renewed vision to be a proactive and confident voice of business and a driving force for business development and economic growth in the Virgin Islands.”

She said as the Virgin Islands continues to recover and develop over the next five years and beyond, the BVICCHA intends to be a vibrant force for the business community.

“As the backbone of the economy - providing goods, services, employment, government revenue and community service. We will continue advocating for sound economic and business policies and legislation that foster a business-friendly environment for your business’ success and expansion - small, medium or large in every industry.”

Additionally, Smith said the BVICCHA will be championing the necessity of a long-term National Development Strategy and related industry plans such as the Tourism Sustainability Master Plan and roadmaps for the development of the green (alternate energy, agriculture) and blue (marine) economies to drive growth.

Over the last six (6) months the BVICCHA has developed an advocacy agenda to address, among others, the increasing cost of doing business in the VI. It has identified reducing freight charges, new fees and calculation to import duty as strategies to keep the price of goods and services down.

Other items on the agenda include reform to hotel aid and pioneer status legislation and incentives for emerging industries; a strategic plan for economic diversification for existing industries; the efficient delivery of public services in particular e-government; the rebuild of a physical infrastructure that is more disaster resilient; environmental protection and conservation and improvements to destination access (by air and sea).

The BVICCHA’s advocacy committee has laid the groundwork by having courtesy calls with the Deputy Governor’s Office, Ministry of Finance, Immigration Department, and Central Statistics Office, with additional meetings being planned.

“We hope to partner with stakeholders on access to business financing and how insurance can be more affordable as the risk in the Caribbean region is increasing due to climate change.”

To make the BVICCHA’s operations more efficient, Smith said technology has been introduced to enable the organisation to serve effectively through their new website, www.bviccha.org, which has a member information centre (MIC).
Add Comment