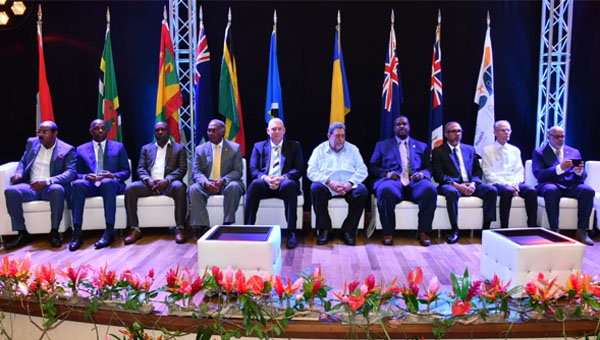 As the territory charts its own way as it relates to establishing a consumer protection commission and tribunal, the Organisation of Eastern Caribbean States (OECS) is seeking technical support from the Jamaica Consumer Affairs Commission (CAC) to improve the consumer protection environment in the eastern Caribbean.
A recent statement from the OECS said: “Jamaica Consumer Affairs Commission (CAC) is recognized as a best-practice in the region, with well-established databases and online applications for serving consumers.”

The OECS Commission met with Jamaica’s CAC in October to discuss their mobile app (which was launched in December 2019) and explore possible areas for collaboration to support Member States in advancing consumer protection in the region.

Initiatives to improve the consumer protection environment in the eastern Caribbean will be funded by the European Development Fund (EDF), which is the main instrument for European Union (EU) aid in places like the Caribbean.

Under the EDF, the OECS will be executing activities aimed at building capacity and improving efficiency in Consumer Affairs public offices in Member States as well as providing public advocacy support.

As one of the 11 members of the OECS, the BVI will benefit from these activities being organised by the OECS.

Director-General of the OECS, Dr Didacus Jules said he sees this collaboration as a critical step to strengthening the business environment in the Eastern Caribbean.

He said: “The 11th European Development Fund gives the region an opportunity to advance in critical sectors – one of which is consumer protection. We must ensure that all players in the business sector are represented fully so that we can build a formidable business space in the region.”

With support from the OECS, the BVI has been on its own journey to improve the local consumer protection environment. Earlier this year, the Consumer Protection Bill was debated in the House of Assembly.

Among other areas, the legislation will protect consumers against price gouging in the local market.

Premier Andrew Fahie has said the rising population of the BVI and the inflation concerns stemming from the 2017 hurricanes were some key factors that fueled its push for the Consumer Protection Bill.
#Fahie
Add Comment