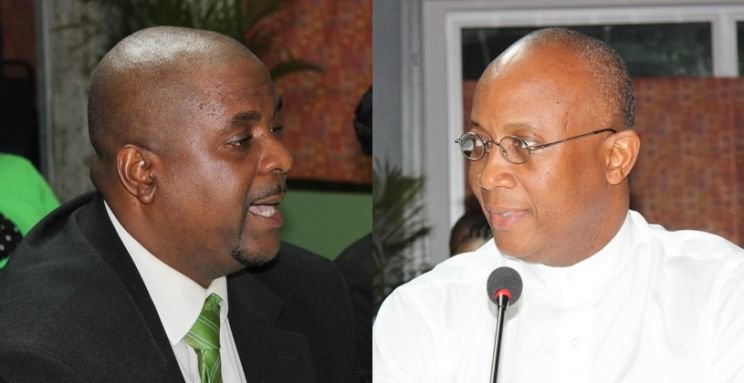 This is according to government consultant, Mr Claude Skelton Cline, who also believes that one size does not fit all, speaking to the broad brush used to ban all the holders who are outside of the Territory.

Speaking on his radio programme on Tuesday, August 11, Skelton Cline spoke to the different categories of persons whose situations can be examined for reentering.

The decision by the government has set ablaze the conversation between the rights of locals against that of expats, but some persons are calling out the government.

Skelton Cline suggested that there is no ill intent on the government’s part towards expatriates.

Government has so far provided multiple one reasons for the decision.

Skelton Cline added, “They have demonstrated better than most their commitment to neighborly and commitment to making things right for those persons who have lived amongst us, help to build the country, who we have married to, whom we have children by, to make sure you have proper immigration status.”

However, he said that some particulars need to be worked out by looking at the situation of certain categories of persons.

He said that no doubt it’s a complicated issue for the government and even private citizens.

“One size clearly does not fit all. I wear a size 12, 12 and half shoe, if it’s a dress shoe or a sneaker, but the size of my shoe does not fit everybody. And so, this matter of the work permit is not and cannot be a one size fits all. I have taken the time to listen to different segments of the population,” he related.

He said that there are persons who have been locked out of the country on work permits leaving their families, spouses, children in the BVI.

“…But they are not able to get in, what must happen? Because that is a moral issue…what do we need to do to ensure that these persons are conjoined together again; another category, persons with high net worth, landholder licenses, invest millions into properties, and they want the ability to come and ensure the safety and security of their property,” the talk show host stated.

He continued, “There are persons who are self-employed, but have a work permit, their business is open…You have persons here that need treatments from doctors who are currently outside the country, some even in St. Thomas…there are different category of persons need to considered.”

Skelton Cline gave an example of some young Caucasian females he spoke with, who expressed fear of leaving and unable to get back in.

“I sat at dinner last night, listen to some of our friends, who happened to be white, young ladies talk about their fear and concerns that they feel trapped. They are here on work permit, gainfully employed, making their contribution, but afraid to leave the country even in the case of the death of a loved one because they would not be able to get in. Some been here 13 years, 5 years,” he expressed.

According to him, the matter of the work permit is a complicated one, but the government will need to make the various adjustments to ensure that there is a seamless and careful handling of the matter.

Skelton Cline said that the undertone of the current conversation attempts to pit locals against expats.

“These unnecessary fights that break out sometimes with expats against locals, again because we have to stop long enough, let all of us exhale and stand back as best as we can. We know it can be a hot button, emotional subject but we must learn how to be emotionally sober as well,” he said.

He asked both expats and locals to stop the hate conversations.

“We all need to stand back, stand down and stop it. I want to say to our expat friends, families you cannot be in another man’s country and publicly speak ill in this kind of a viciously form which you are making a living. And I must equally say to our locals, you cannot exact hate for hate, that ain’t how we win. That’s not how we going to build a country,” he said.

Skelton Cline also believes that the hate talk, comes from a place of fear.

“Some of what we experience as locals with the expat population comes from a place of fear…somebody is going to take my job, my land, my stuff. Those are fears and people’s fears are legitimate and you don’t have to agree with their position but you have to acknowledge, affirm people’s fear and concerns,” he stated.

The talk show host also spoke of expats’ fears, “I want to acknowledge the legitimate fears and concerns that our expats brothers and sisters have who are simply here on work permits. Hate, and hate language should never be part of the equation because the root of this kind of tree, it comes from a place of fear.”

He said when people feel fear they go into a self-protective mode and they do whatever they have to do to protect themselves.

"Sometimes those action are not in the best interest of the neighbor or themselves,” he stated.

Skelton Cline had this message to locals.

“The truth of the matter is Virgin Islanders, we have developed a country that has made expats necessary. And we should not shy away from that or nor should we be ashamed of that, that is one of thing that makes the country unique.”