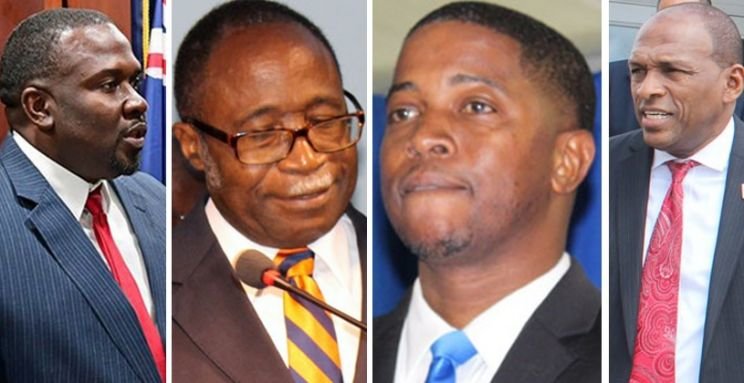 Only Penn Shows Up

Of the four opposition members of the House of Assembly, only Opposition Leader and Eighth District Representative Hon. Marlon Penn attends the information sharing Government meetings to address legislative and other matters.
This is according to Premier and Minister of Finance, Hon. Andrew Fahie.

Premier Fahie said the complains from opposition members that they were not preview to information concerning the Cannabis Licensing Bill of 2020, is because they are never around.

“I would understand why the opposition wouldn’t have certain information because only the Leader of Opposition (Hon. Penn), he is the only one that comes to all the meetings that we call, the rest, close your eyes tell me what you see, nothing,” Premier Fahie said on Friday evening, June 26 in the House of Assembly.

He added, “So, are we to fault because only the Leader of the Opposition cares about the people enough to come to all the meetings and stay with us even up to the end, but I wouldn’t rub it in.”

He told Hon. Penn, who is also leader of the National Democratic Party (NDP) that he understands how tough it is fighting on your own on the opposition.

“I know how it is to be over there alone. I have a lot of respect for you because you stand up for what you believe and you have to respect a man for that even if you don’t agree. But I want you to know that I stand up for what I believe in this government. And I believe in my heart that we will help our people this way (Cannabis Licensing Bill),” the Premier said.

He also slammed the opposition for just opposing for opposing sake. The Premier said that they were the ones to oppose the new money transfer fee which is geared towards providing monies to critical sectors including farming and fishing.

Premier Fahie said they also told them not to touch the redirection of the traffic in Road Town, but now that it is moving along smoothly, they are now claiming that it will be fully tested when the Elmore Stoutt High School reopens.

“Looking for the next way they can say they failed,” he lamented.

The Finance Minister said he is not against opposition, “I am glad we have opposition because whenever you have obstacles to get over, you know that you are doing something great."

The last time Premier Fahie commended an Opposition Member for attending HoA sittings, it was Hon. Alvera Maduro Caines, who weeks later crossed the floor to join the Government side.
#Fahie
Add Comment