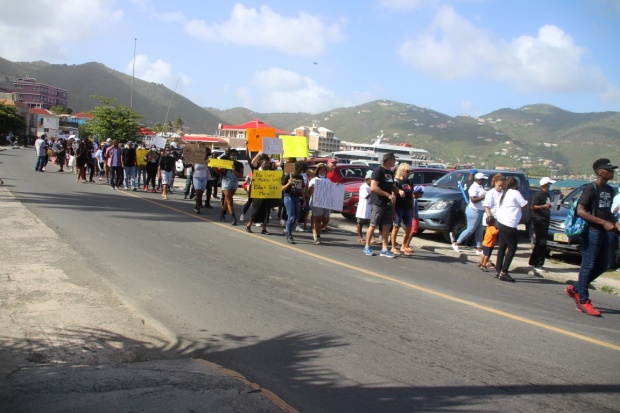 Some members of Her Majesty’s Loyal Opposition have expressed support towards the decision of some residents who recently took to social media calling for a protest against the government following its latest announcement.

On Monday, October 26, the government finally announced the BVI’s travel protocols which are to be implemented for the December 1 reopening of the territory to visitors.

A number of the listed protocols were met with disappointment from some residents and business owners who took to social media to express their discontent. Shortly thereafter, effects of the protocols were felt across numerous tourism-based businesses, after hundreds of pre-booked guests had started to cancel their reservations.

Others felt that the announcement lacked essential information which had been promised to be addressed during the highly-anticipated announcement. Part of that which was lacking is the government’s failure to address the marine industry, which plays a pivotal role in the BVI’s tourism sector.

That led to a number of residents taking to social media to express a need for a march or protest of some kind against the government to have their concerns addressed.

Responding to questions from members of the media on Wednesday, Opposition Leader Marlon Penn said he supports the decision of the people, once it is done in a civilized and peaceful manner.

He said: “I would say publicly that I support the people to civil unrest. If the people have a concern in terms of the issues of the day that need … transparency, then go to government.”

The right of the people

Also sharing similar sentiments was Opposition legislator, Melvin ‘Mitch’ Turnbull who said residents are within their right to protest, should they choose to.

He said: “The people are the government so if that is the feeling of the people, they have the power. The power is not to be relinquished after they vote for persons on election day. The powers still lie with the people. The people have a right to demand from government and their elected representative of what they want to see happen for their best interest.”

He added: “So if that’s the approach that they want to take because they feel dissatisfied with the lack of information and transparency that this government is continued to portray and demonstrate, then they have the right to do so, so I have no opposition to that measure.”

Confident the premier will get it right

Meanwhile, senior Opposition legislator Julian Fraser said he believes a march will not happen, as he is certain Premier Andrew Fahie will make the necessary changes before it gets to that stage.

“I am confident it would never get to that point. I know the Premier, he will do whatever he has to do,” Fraser stated.

“We are here talking to them right now about how we feel about the protocols that have been published, we just feel like they’re just onerous, nonrealistic, and if the people feel the same way and the Premier is hearing it, I’m sure that he will make sure that he makes the adjustments that are necessary,” Fraser said.