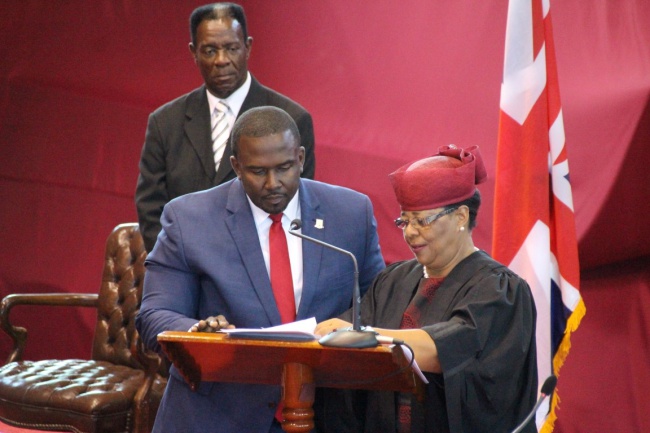 Opposition Leader denies being on quest for power

Opposition Leader Marlon Penn has denied being on a quest for power and has instead accused the government of digging a pit for the BVI through its own power-seeking behaviour.
“My care is for this country and the people of this country; not a quest for power,” Penn said during a House of Assembly sitting recently.

Penn made the statement against the backdrop that two serving members of the government — namely the Premier and Deputy Premier — have admitted to going to separate BVI governors to complain about various issues.

However, despite making these complaints under and about previous National Democratic Party (NDP) administrations, Governor Augustus Jaspert ironically chose to launch a Commission of Inquiry (COI) during the current administration‘s tenure.

The Opposition Leader urged the government to do some introspection by looking into the mirror and to resist from subliminal messages accusing Opposition members of also going to the governor to file complaints.

Penn said he would make statements he believes is necessary and will do so in public where he could be heard by everyone and not in private while talking politics with others.

Meanwhile, Premier Andrew Fahie refuted Penn’s assertions that his administration had dug any pit for the BVI in the short space of time that it had been in government.

“We didn’t dig no pit for this country, we only here two years going into three. What government could dig a pit for a country that deep?” Premier Fahie asked.

He argued that many of the issues that have been canvassed by the COI, have been embedded for years and noted that his administration had not been in power for 12 of the last 16 years as the NDP had been.
#Commission of Inquiry  #Fahie  #CoI
Add Comment